Dilip Ray Praises Odisha CM Naveen: Is He Eyeing A Return To BJD? 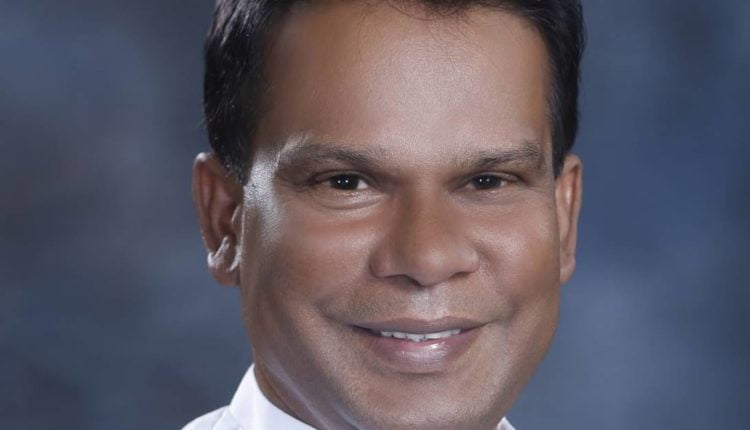 Bhubaneswar: Naveen Patnaik, one of the longest-serving Chief Ministers in the country, turned 75 on Saturday. One that stood out among the numerous birthday wishes for the CM was that of former Union Minister Dilip Ray, a founding member of BJD who was expelled from the party in 2002 following differences with Naveen.

The former Rourkela MLA praised the CM for his pathbreaking work in sports and tourism. “My Best Wishes to Naveen Patnaik Ji on his Birthday. Serving the people of Odisha for the last 22 years, he has ushered in a new era of development for our State,” he tweeted.

He also thanked him for the Shri Jagannath Heritage Corridor. “The incidental efforts to make Puri a world-class Heritage city is something that every Odia is extremely proud of and personally being a great devotee of Mahaprabhu Jagannath, I cannot thank him enough for it. These are the works that would benefit generations to come and open new avenues of growth & prosperity for our State. Praying for his long and healthy life,” he added.

My best wishes to @Naveen_Odisha Ji on his birthday. pic.twitter.com/c7DVIfTW7l

However, this is not the first time that Ray praised Naveen for his ‘good’ works.

In December 2019, during the beach festival in Gopalpur, he spoke about how the CM had improved tourism potential through sports while improving temple infrastructure in the state.

“I want to thank Naveen Babu and the state government…they have taken Odisha tourism forward. For the first time, they brought World Hockey here. You open any magazine and now you see an article on Odisha.”

“He (Naveen) is doing another great work by making improvements to Jagannath Temple, Lingaraj Temple and Konark (Sun Temple). No resident of Odisha or lover of Jagannath can forget this (gesture).”

This had led to speculation about his possible return to his parent party, which is currently serving its fifth continuous stint in power in the state.

His late evening visit to Naveen’s residence earlier that year ahead of the Assembly elections when there was intense lobbying for tickets, had prompted chatter about the possibility of him being reinducted to the party after a gap of 17 years.

A business tycoon and hotelier, Ray was elected to the Odisha Assembly in 1985 on a Janata Party ticket, barely months after he stepped into public life as Chairman of the Notified Area Council in Rourkela.

He was re-elected after five years and made a Minister by Biju Patnaik.

In April 1996, Ray was elected to Rajya Sabha and two months later inducted into the H D Deve Gowda ministry. He was the Minister of State for Coal in the Atal Bihari Vajpayee government three years later as a coalition partner. He was then representing BJD, which was formed after Biju’s death.

He was ousted from the party following differences of opinion with Naveen in early 2002.