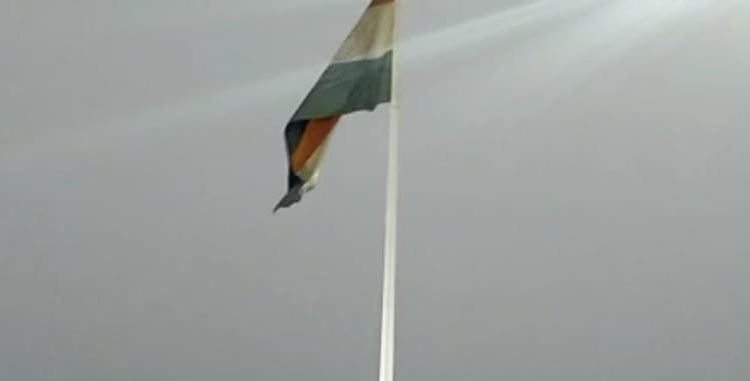 Puri: A discoloured Tricolour flutters at Puri railway station. The flag is easily visible to every passerby but its condition has apparently failed to draw the attention of the authorities concerned.

Puri-based RTI activist Jayanta Das has shared a video of the flag on a pole right in front of the railway station. The saffron, white and green colours have become dull.

In the video, the RTI activist can be heard saying, “This a horrible condition of National Flag, which has become black. This is a shameful act for the Indian Railway and East Coast Railway (ECoR) as well as Khurda division.”

Odisha Bytes’ attempts to get a response from ECoR over phone failed.

Puri station is among several other stations, including Bhubaneswar, in Odisha, where the National Flag has been installed on a 100 feet pole.

ECoR had decided to install monumental National Flags at railway stations having historical and tourist importance.

In keeping with the Flag Code decided during the installation, “The National Flags will be installed at a suitable place in circulating area of stations and will be provided with focused lights. The safety and security of the flag as well as its maintenance will rest with station administration and RPF.”

Bill Gates Had Arrangement With Wife To Meet Ex-Girlfriend…