Disgusted Residents Change Name Of Their Village; Know Why 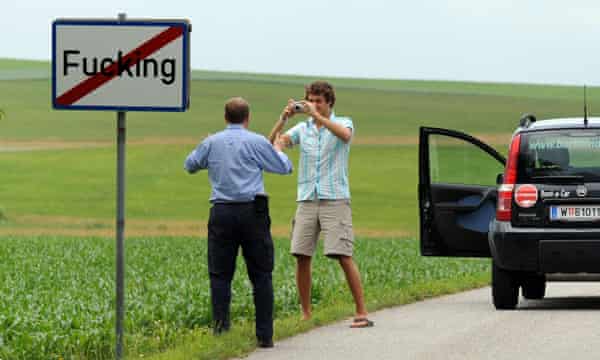 Vienna: The name of a village of 100 people was always a source of ridicule and the butt of jokes. Ultimately, it became unbearable for residents of Fucking, situated in Austria, 350 km from capital city Vienna, and they have decided to rename it.

Pictures of the signpost bearing the name had become so common in social media that the people of Fucking decided to get together and do something about it, the Guardian reported.

At a municipal council meeting held recently, the residents decided to change the name of their village – which dates back to the 11th century – to Fugging. The new name will come into effect from January 1, 2021.

“I can confirm that the village is being renamed,” said Andrea Holzner, mayor of Tarsdorf, the municipality to which the village belongs.

“I really don’t want to say anything more – we’ve had enough media frenzy about this in the past,” she told a regional daily.

Tourists, mainly English-speaking ones, used to stop by and click pictures standing beside the signpost at the entrance to the village. Soon, they would be all over social media.

The signposts got stolen at times as well, forcing local authorities to use theft-resistant concrete while constructing replacements.