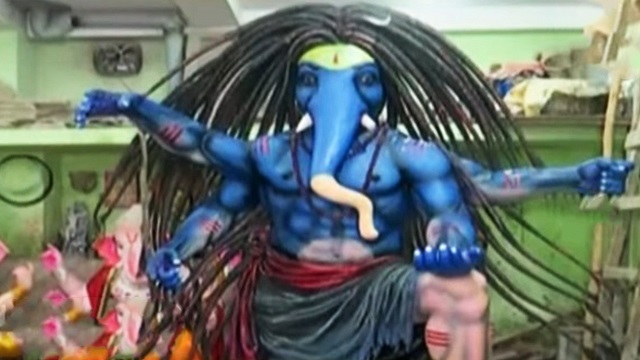 Cuttack: Days before Ganesh Puja, a row has erupted over some of the idols prepared by artisans of Kumbhar Sahi in Odisha’s Cuttack.

After complaints that the idols have not been prepared in the traditional manner but look “distorted”, artisans of Kumbhar Sahi alleged they were called by Puri Ghat police to the police station, where they were warned, asked to remove the “distorted” idols and made to give an undertaking.

The artisans also alleged that the police misbehaved with them.

The matter has now reached the Orissa High Court after an artisan, Narayan Muduli, filed a petition protesting the police action. The HC will hear the matter on Monday.

The artisans alleged that the police did not see or inspect the idols before asking them to demolish them.

The artisans, whose business was hit hard during COVID-19, said they will suffer huge losses if they are not allowed to sell the idols and have to demolish them.

They have urged that they should be allowed to sell the idols.

Further, they complained that during meetings in the run-up to the festival, they were never given any instructions on preparation of the idols and asking them to demolish the idols now was not only unfair but has come as a blow for them.

On the other hand, Cuttack DCP Pinak Mishra has warned that action will be taken against the artisans if the idols hurt the religious sentiments of people.

Election For Congress President On Oct 17