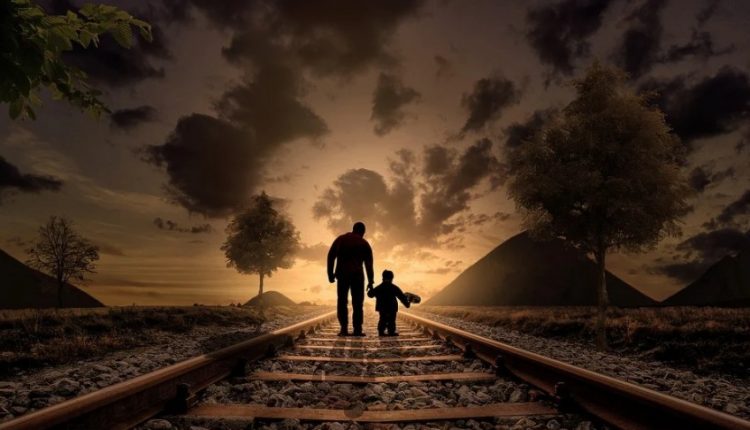 My father Rajendra Narayan Das joined India Police Service (IPS) in 1955. That year he was the only person from Odisha to make it to any All India or Central Services. Therefore, he didn’t have any batchmate from the state. Moreover, he had his school and college education from Sambalpur and post-graduation from Allahabad University, so he hardly had any friend in the initial years of service, as most people who mattered those days were from Ravenshaw College, Cuttack. He was very good in sports and games; he was sports champion at Mt. Abu Central Police Academy, represented the Academy in hockey, football, badminton and lawn tennis. He was absolutely impartial and extremely meticulous, sometimes to ridiculous extents; his close friend and colleague P C Ratho used to tease him by addressing him ‘Rota Narayan Das’. He also believed in doing his work on his own, so much so that my mother didn’t learn anything other than cooking and washing as he did rest of the chores including gardening, sewing and even darning. He even didn’t use the services of his private secretary to handle telephone calls; his subordinates could never ring up the PS to find out his ‘mood’ as they would invariably be greeted by ‘RN Das here’. He always drove himself, even his office car. He purchased a ‘Nano’ when he was 82 years old so that he could manoeuvre the narrow lanes of Cuttack. Unfortunately, soon after that he was detected with cancer and never could drive the small car. Even while ailing he insisted doing his own chores and resisted engaging a nurse till the last day. He peacefully passed away after one year in May, 2013.

Despite all his rationality, his love for me was completely blind; he would have put ‘Dhritarashtra’ to shame. He believed I just couldn’t do any wrong and I was the epitome of all virtues and wisdom and anyone (whosoever s/he might be), who spoke ill of me or harmed me, rather thought of harming me, deserved punishment without trial. From a very young age my mother had drilled this into my mind: “It is your responsibility to protect anyone and everyone who might face the ire of your father because of you.” It really put a lot of pressure on me. With time when my father mellowed down, my mother narrated some incidents that shocked him. When I was four years old a household help bumped on to me and poured hot tea on my head. Only next day while combing my hair my mother noticed a number of blisters and came to know of the accident. But we ganged up to ensure that it didn’t come to his knowledge. On another occasion, while clipping my nails my mother cut my finger. Instead of attending to the bleeding finger she asked me to hide myself till he left for office.

Till I got into service, he manipulated things to ensure that I didn’t have to do anything on my own. He always wanted to be behind the scene; I used to receive gifts and surprises never realizing that those were actually engineered by him. My father strongly believed affection for people whom you really love should not be explicitly expressed. My mother had very strong reservations of his style of expressing love and felt this had actually distanced us from each other. He also realized this at a much later stage. Till then he used to be the proverbial ‘Santa Claus’ for me, appearing from nowhere to help and I always tried dodging his roving eyes.

In January 1982, I was to appear the personality test for selection to Indian Forest Service (IFS). My father persuaded me to take the longer route via Rourkela, as my friend Chandan Mitra who was also appearing the same test was to board from Rourkela, so that we could travel together. So, I was set to travel from Cuttack to Delhi via Rourkela by train, for the first time all by myself. I boarded the train, after dinner spread my bedroll and retired for the night. Around midnight somewhere near Chakradharpur, I got up due to some clamour in the compartment and came to know that there was some problem in that coach and all the occupants were required to shift to another one. I was a bit rattled and was wondering how to go about it. Lo and behold! A police constable appeared from thin air and offered help. He very sheepishly admitted that he had been assigned to accompany me till Rourkela without my knowledge. Anyway, with his help, I moved to the other coach and Chandan joined me at Rourkela.

When I was in school in class nine, a few of us decided to cycle to Dhauli, covering 35 kilometres for a picnic. I knew seeking permission would sabotage the plan. Therefore, I decided to sneak out on a Sunday making an alibi of a cricket match. Each one had contributed Rupees five that was deposited with Anil Patnaik, our group leader, and we set off for Dhauli around eight in the morning. In the early 1970s Daya river on foothills of Dhauli was quite clean and on reaching the site we jumped into it to have some fun. After a while we were thrilled to notice five-rupee notes floating in the river, but soon realized that those were all ours as Anil had jumped in without bothering to remove them from his pocket. Somehow, we could retrieve some, but the amount was grossly inadequate for our food during the day. In those days the Buddhist Pagoda at Dhauli was being constructed. On that day, a few Japanese monks were performing some rituals and we joined them solely with the expectation of a meal. They gave us some ‘prasad’ but that was no substitute to a proper meal. Exhausted, we paddled back to ‘South Indian Hotel’ in Bapuji Nagar in Bhubaneswar. All that we could manage with the money left with us was masala dosa and idli apiece. We had no option but to return to Cuttack hungry. In those days people cultivated sugarcane on both sides of the National Highway between Bhubaneswar and Cuttack. We got down to feast on sugarcane till we were chased away by the watchmen. Half way, at Pahala there were four rasagulla shops where we pleaded fervently with all our histrionic skills to give us some. One shopkeeper took pity on us. “I cannot give you rasagullas but will give some ‘gulgula (confectionary made of wheat flour)’ and some rasagulla syrup.” We readily accepted. Finally, we reached our homes before evening completely exhausted due to ‘a hard day out in the cricket field’.

Later, after joining service I carried the confidence of my father that I was also good for things other than academics; in fact, there was a dramatic role reversal. We would discuss and laugh over many such incidents like the ones narrated above. Quite late in life he would say, “Had I not been overprotective and been expressive of my affection I could have better enjoyed your childhood and adolescence.” And my reply would be, “In that case I would have missed out on the thrills of doing things behind your back and the satisfaction of hoodwinking you. Moreover, these instances taught me useful and practical lessons of managing things.”