Down Memory Lane: The Barcelona Hockey World Cup, Where It All Started 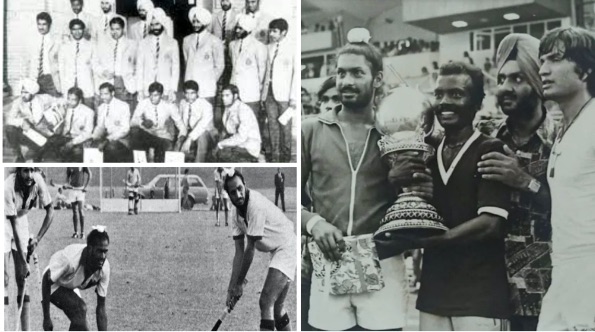 Scorching the artificial turf in front of 20,000 boisterous fans in Rourkela, now accepted as hockey’s own home, has been a new experience for the world’s elite hockey players. The 16 best hockey-playing nations, except Pakistan, are in Odisha for the FIH Odisha Hockey World Cup staged in Bhubaneswar and the steel city in Sundargarh district.

Sixteen matches across four pools had already been played during the first five days yielding 63 goals with Australia accounting for 11 of them. The best match, however, could be the one between hosts India and England which ended in a goalless stalemate. It was an intense encounter with both teams displaying incredible attacking and defensive skills. How far can these teams go is anybody’s guess as nothing can be predicted in a hockey world cup though Australia and Belgium remain the firm favourites for a podium finish. Of course, there are dark horses, as usual.

This particular hockey event has taken the country by storm as Odisha has shown its resourcefulness in organising such a global sporting competition with great ease turning it into a huge carnival, celebrating the sport and winning new converts for the game.

As Harmanpreet Singh and his teammates continue their campaign in the tournament, being held in Odisha for the second consecutive occasion, questions pop up as to whether India can climb the ladder to reclaim its past glory.

I am reminded of the first hockey World Cup held in Barcelona in 1971. India had suffered a jolt in the 1968 Mexico Olympics losing to Australia and finishing third in the competition. The team led by centre-half Ajitpal Singh had a newcomer Rajwinder Singh of Universities, chosen as a centre forward, as the Indians played the 3-2-5 format in those days.

The matches then were played on natural turf over 70 minutes of two halves of 35 minutes each. The play started with a bully-off which has been done away with.

Those days, All India Radio was the only channel to keep track of the happenings overseas by listening to the familiar voice of Surajit Sen and Jasdev Singh who were the English and Hindi hockey commentator respectively. To get the details, you had to wait for the next morning’s newspaper.

Ten teams were split into two pools with India clubbed with France, Argentina, Kenya and West Germany. India won all four matches albeit by slender margins but did not concede a single goal and qualified for the semifinal.

On the day of the semifinal, to be played between India and Pakistan, I had no idea when the match would start. Continuing political tension between the two countries had thickened the air so the outcome of the match was of great importance. After classes, I walked into the Cuttack station of All India Radio across the road from my college to inquire about the match timing. A gentleman whom I met was very sympathetic and gave me the details. As I kept my ears glued to my tiny transistor, Rajwinder scored for India raising hopes. But India lost the tie 1-2.

India had to play Kenya, a great force in hockey those days with an all-Sikh team, for the third place. Kenya, which has disappeared from the hockey scene altogether, was often referred to as India’s second XI and had qualified for the semifinals. India won the match 2-1 to win the bronze medal.

The Indian team which played the second world cup in Amsterdam in 1973 was also a great one marching to the final. Against hosts the Netherlands, India was two goals up within the first ten minutes with defender Surjit Singh scoring twice from penalty corners. But the Dutch restored parity and went on to win the trophy in penalty shoot-out.

Though India was not at its best in the third world cup played at Kuala Lumpur in 1975, it entered the final and played arch-rivals Pakistan for the trophy. Ashok Kumar, son of hockey legend Dhyan Chand, scored the decider as India won the final 2-1. It was the only occasion that India lifted the world cup. India’s slide began with the 1978 world cup held in Buenos Aires.