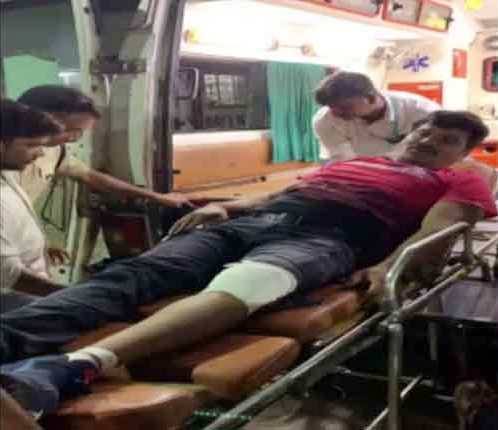 Nimapara: Police arrested a dreaded criminal, Bhagirathi Pradhan alias Bhagu, after an encounter on the outskirts of Nimapara in Odisha’s Puri district late on Thursday.

Acting on a tipoff that Bhagu was on the way towards Pipili, a joint squad of Pipili police and Talabania Outpost intercepted him near Pipili-Nimapara overbridge. Bhagu opened fire on the police in a bid to escape. He, however, sustained bullet injuries in his left leg when the police retaliated.

Police later arrested him and seized a 9 mm pistol, two live bullets and the motorcycle from his possession.

Bhagu admitted to the community health centre (CHC) at Pipili and later shifted to SCB Medical College and Hospital in Cuttack when his condition deteriorated.

According to police, several cases are pending against him in different police stations in Puri district.

AB Hospitalised, Speculation Abounds As To Why