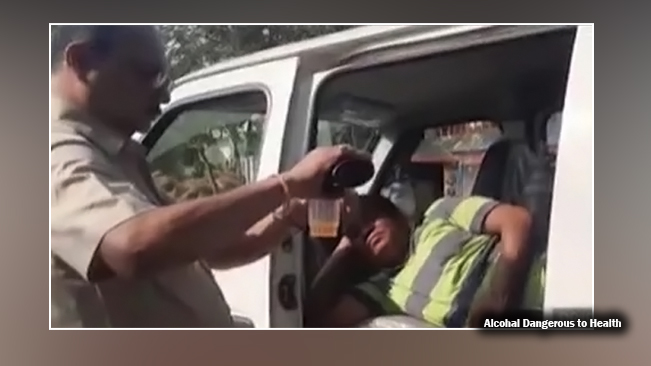 Jagatsinghpur: A driver of an ambulance allegedly consumed liquor and also made a patient, who was being carried in the vehicle, drink on way to hospital in Tirtol area of Odisha’s Jagatsinghpur district.

The bizarre incident came to light after a video of the scene went viral on the internet. It showed the ambulance driver drinking and serving liquor to the patient after stopping the vehicle midday.

After the video went viral, the driver, however, reportedly claimed that he offered liquor to the patient expressed his desire to have a drink.

According to reports, the ambulance was also carrying a woman and a child apart from the patient.

As the people passing by were taken aback witnessing the scene, some local youth apparently shot a video of the entire act. From the video, it appears that the ambulance belongs to a private hospital.

Angry over the incident, residents of the area have demanded probe into the episode and stringent action against the ambulance driver at the earliest.