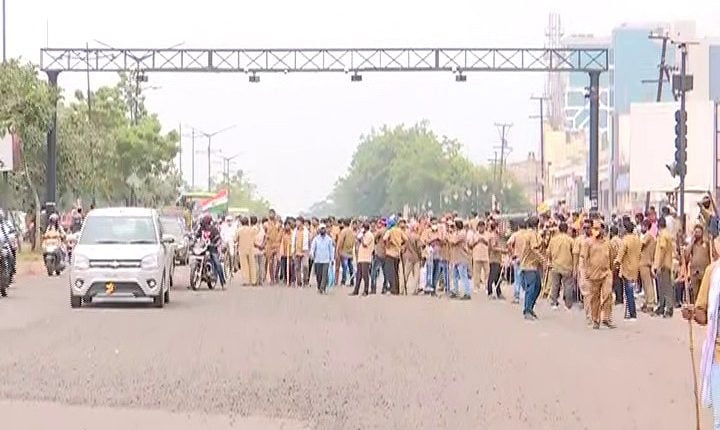 Bhubaneswar: The drivers from across the state took out a rally in the capital city on Friday demanding compensation for the loss sustained by them during COVID pandemic and old age pension.

The rally of the drivers under the banner of Odisha Drivers’ Association started from Palasuni Chhak and went towards Naveen Niwas, the residence of chief minister Naveen Patnaik.

Besides, they are rendered jobless as the driving licence is not issued to them after attaining the age of 55 and hence the government should provide pension, they added.

Their other demands include insurance coverage of Rs 10 lakh in case of accident and Rs 20 lakh on death, eight-hour duty, recognition as employees of the State Transport Department.

The drivers alleged that they had submitted a memorandum to the chief minister regarding their 10-point charter of demands, but no steps have been taken to fulfil those.

Stating that the drivers in all 30 districts have been holding padyatra since October 21 to press their demands, they threatened to intensify the agitation if no step is taken in this regard.