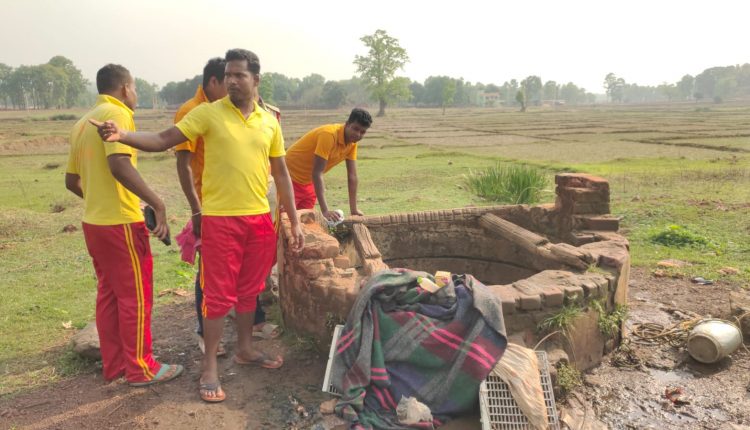 Rourkela: A man allegedly threw his three children into a well following a squabble with his wife at Kula village under Koira police limits in Bonai subdivision of Odisha’s  Sundargarh district on Saturday night.

According to the complaint lodged by his wife Dhubuli, Pandu Munda returned home from nearby Koida market in a heavily drunken state and attacked her with an axe following a quarrel. She fled the spot and hid behind a bush to save her life and on returning home this morning, she found the bodies of her three children – Sina (5), Raju (2), and a two-month-old baby girl, in a nearby well.

Koida police retrieved bodies from the well on Sunday. The man was later arrested from a nearby forest.

Three years ago, the accused had allegedly murdered five members of the family and thrown the bodies into a well in a similar way, sources said.

How ‘Matrujyoti’ Is Ensuring Safe Motherhood In Odisha’s Sundargarh