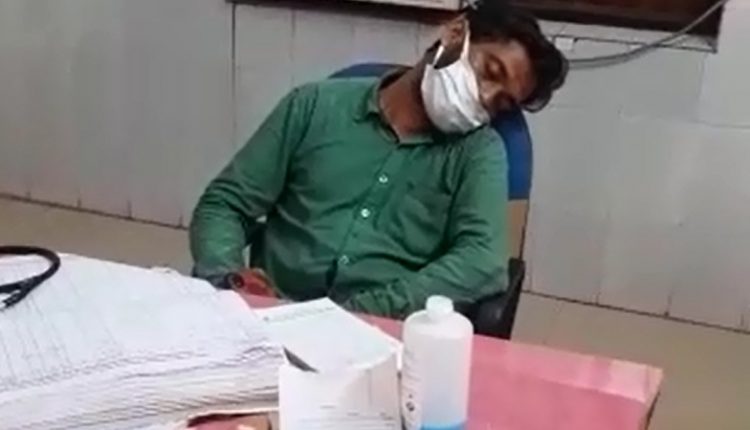 Dhenkanal: A video of a doctor sleeping during duty hours at a government hospital in Dhenkanal district allegedly under the influence of liquor has gone viral.

The doctor, identified as Abanikant Sahu, can be seen sleeping on his chair in his chamber at Community Health Centre (CHC) at Sriramchandrapur in Gondia block during night duty. As patients lined up for consultation, a security guard rushed to the room to wake him up. When he did not respond to the guard, one of his colleagues intervened.

The video, which had been doing the rounds on social media, was reportedly shot by an attendant of a patient on Wednesday.

A notice will be issued to restrain the doctors from coming to the hospital by consuming liquor, she added.