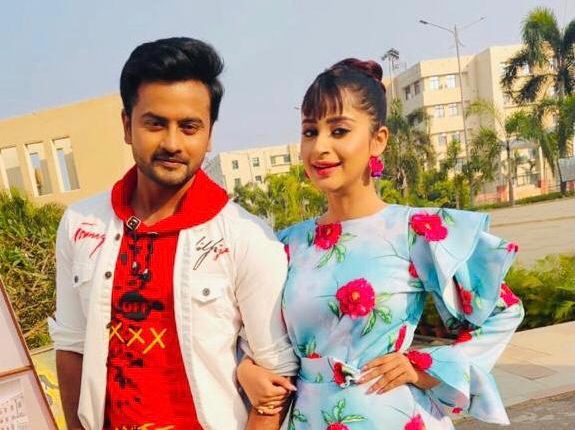 Bhubaneswar: ‘Mana Mo Neigalu Re’ starring Jyoti and Bhoomika Dash was released in theatres of Odisha on Thursday.

“We are very happy that ‘Mana Mo Neigalu Re’ hit theatres during Durga Puja. For the last two years, no film was released during any big festivals like Raja and Durga Puja. We want to bring back that old Puja vibe in movie theatres,” said Bhoomika.

Elaborating on the movie, she said that college-goers will identify with it since it is based on their life. “The response to the trailer was very positive and we hope audience go back home happy after watching the film in theatres,” she added.

“It is based on the life and struggle of college-going students. While some become wayward, others manage to strike a balance and are able to fulfil the dreams of their parents. It is also a love story,” he said.

Nayak further said that the movie will help kill boredom among people, who have had to stay away from theatres amid the COVID pandemic.

“We are hopeful of getting commercial success with this movie released during Puja,” he added.

Nayak has also written the screenplay and dialogues of the movie produced by Sunil Kumar Das. S Ranjan is the cinematographer. Arun Mantry, Tapu Nayak, Pramod Parida and Sanjay Nayak are the music composers while Lubun-Tubun have choreographed the four songs, rendered by Humane Sagar, Gourav, Kuldeep, Asima Panda, Antara, Jyotirmayee and Pragyan

Notably, this is the second movie of Summa Real Media Pvt Ltd after ‘Pheria’.

JEE Advanced Results To Be Declared Tomorrow; Know Where To Check