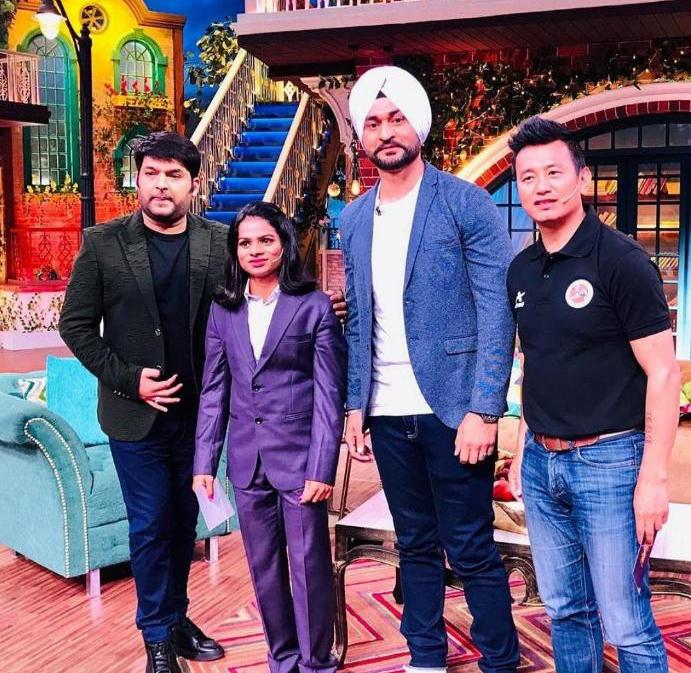 Bhubaneswar: The last couple of weeks weighed heavy on India’s fastest sprinter, Dutee Chand, who came out in the open about her same-sex relationship.

Taking a break from allegations and counter-allegations that followed it, this Odia girl wore her best smile during the shoot of popular comedy serial The Kapil Sharma Show.

While the promo of the episode is yet to be released by the television channel, the athlete uploaded a few pictures from the sets on her social networking handle, expressing her excitement at being the first Odia girl to have been invited to the show.

In an apparent reply to the show’s tagline “Kya apne kabhi socha tha ki Kapil Sharma ke show mein aayege,” she thanked the host for having her on the show.

Besides Dutee, former Indian football captain Baichung Bhutia and hockey player Sandeep Singh were the other guests in that episode.

Kapil Sharma had earlier invited sporting stars, both men and women, from the world of cricket to his show. He even had the winners of the 1983 World Cup share their moments of pride and some dressing room secrets.