Dutee To Virat: Major Controversies That Rocked Indian Sport In 2021 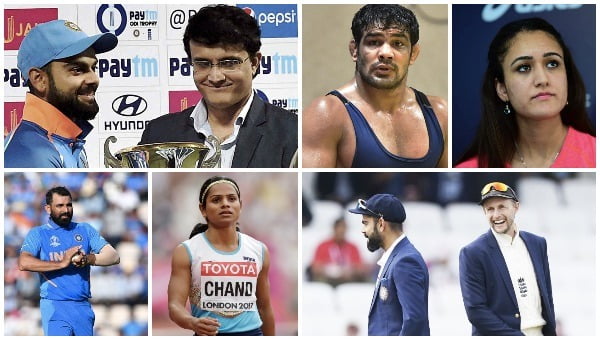 The second year of COVID-19 pandemic brought plenty of misery to India, especially during the months of April, May and June when the second wave wreaked havoc. In sport, though, the year threw up our finest moment of all time when javelin thrower Neeraj Chopra captured the country’s first ever individual Olympic gold medal, at the Tokyo Games. In between several highs, though, Indian sport was shaken by a number of controversies in 2021.

Here’s a lookback at the major sporting controversies of the year: 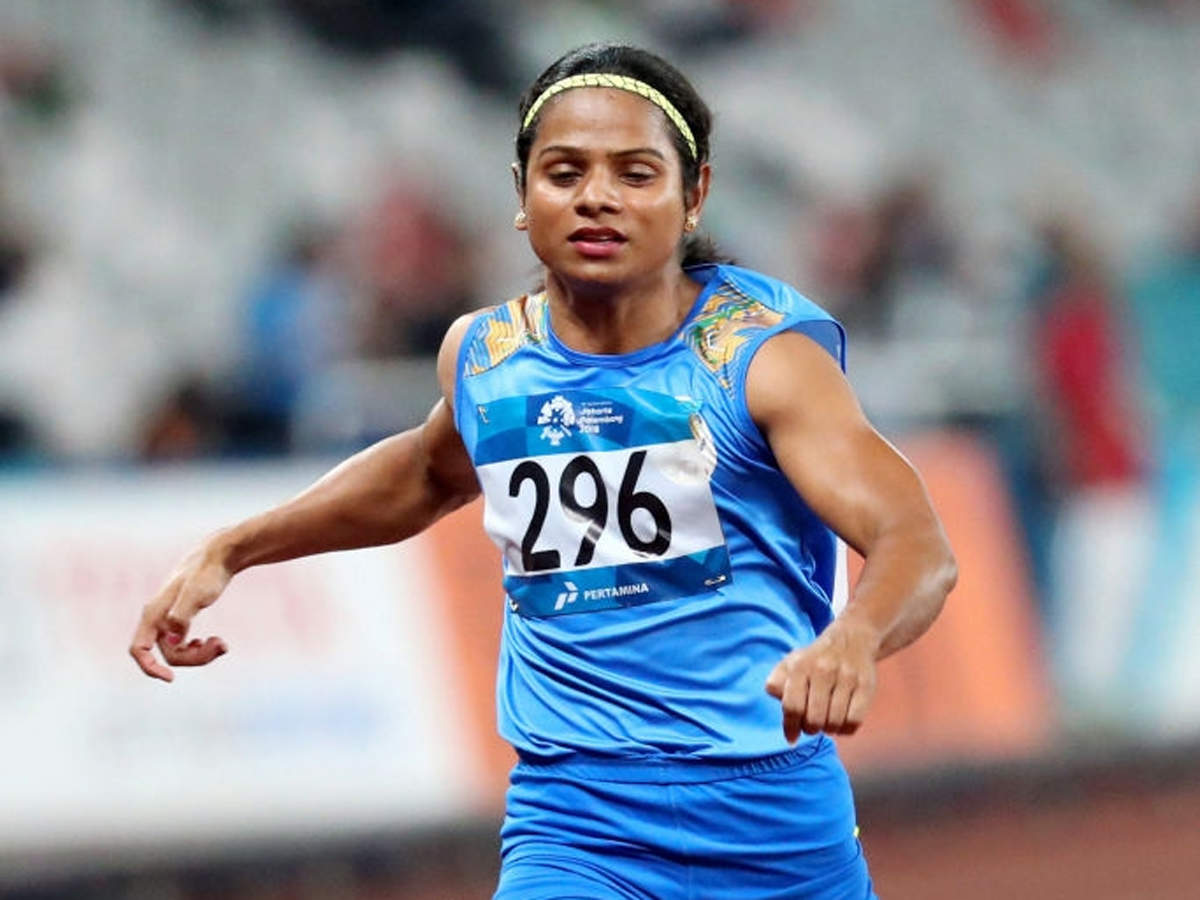 Dutee Chand had a forgettable Tokyo Olympics and blamed an Odia web channel for her first-round exits in both 100m and 200m. The two-time Olympian’s battle with the web channel turned ugly after she filed a Rs 5 crore defamation and criminal case against them and Pradip Pradhan, an RTI activist. The web channel’s editor Sudhansu Sekhar Rout and his associate Smruti Ranjan Behera were arrested on allegations of threats, defamation, sexual harassment and insulting modesty of a woman.

Dutee told Odisha Bytes that Rout was a criminal and not a journalist, as he had been harassing her and maligning her image for a month. She alleged Rout had demanded money for not airing an interview in which her family members reportedly spoke about their personal issues with her. This ‘affected’ her performance in the Olympics.

While Dutee said she might quit Odisha if she didn’t get justice, Rout has threatened to ‘destroy’ Dutee if she did not return to her parents.

The web portal also filed a complaint against Dutee at a Bhubaneswar police station saying that the athlete had made offensive comments on the portal. A petition was then filed in Orissa High Court seeking its intervention as police was not taking any steps.

Indian cricket has seen some ugly controversies, but nothing quite as bizarre as the one involving Virat Kohli and Sourav Ganguly, with the captain calling out BCCI president’s ‘lies’. Kohli announced in September that he would relinquish Team India’s T20I captaincy post the World Cup, but wanted to continue as skipper in Tests and T20Is. The selectors, however, named Rohit Sharma as ODI captain as they wanted the same man to lead in white-ball cricket. Ganguly told the media that he had personally requested Kohli not to give up the T20I leadership when the latter intimated the BCCI about his decision.

Asked about the ODI captaincy change, Kohli claimed at a press conference that BCCI had welcomed his decision to step down as T20I captain and no one had asked him to reconsider the move. He further said the selectors informed him about the decision to remove him as ODI captain during the telephonic ‘meeting’ to pick the squad for South Africa tour.

Former players and netizens have been urging Ganguly to come clean, but he hasn’t reacted so far. He did, however, say at a public function that he likes Kohli’s attitude but the Test captain fights a lot.

Clearly, the last has not been heard on the matter.

India’s leading female table tennis player Manika Batra dropped a bombshell by accusing national coach Soumyadeep Roy of being involved in ‘match-fixing’. The Delhi girl, who became the first Indian to reach the third round of women’s singles in Olympic Games, did so without the help of Soumyadeep’s help and advice during her matches in Tokyo. Served a showcause notice by Table Tennis Federation of India (TTFI) as to why the coach’s chair was empty, Manika stated that she had been falsely charged with bringing disrepute to the country.

Manika explained that the ‘empty chair’ was the result of the national coach’s pressure tactics for match-fixing and TTFI’s inaction to act on her prompt reporting of that incident. She revealed that Soumyadeep had pressurised her to lose a match against Sutirtha Mukherjee in the Olympic qualifier. The ‘favour’ helped Sutirtha – whose personal coach happens to be Soumyadeep –qualify for the Tokyo Olympics.

Manika subsequently moved the Delhi High Court after being dropped from the Indian team for the Asian Championships for not attending a national camp. An inquiry into Manika’s allegations is underway following the court’s directive.

MOHAMMAD SHAMI BRANDED A ‘TRAITOR’ AFTER LOSS AGAINST PAKISTAN 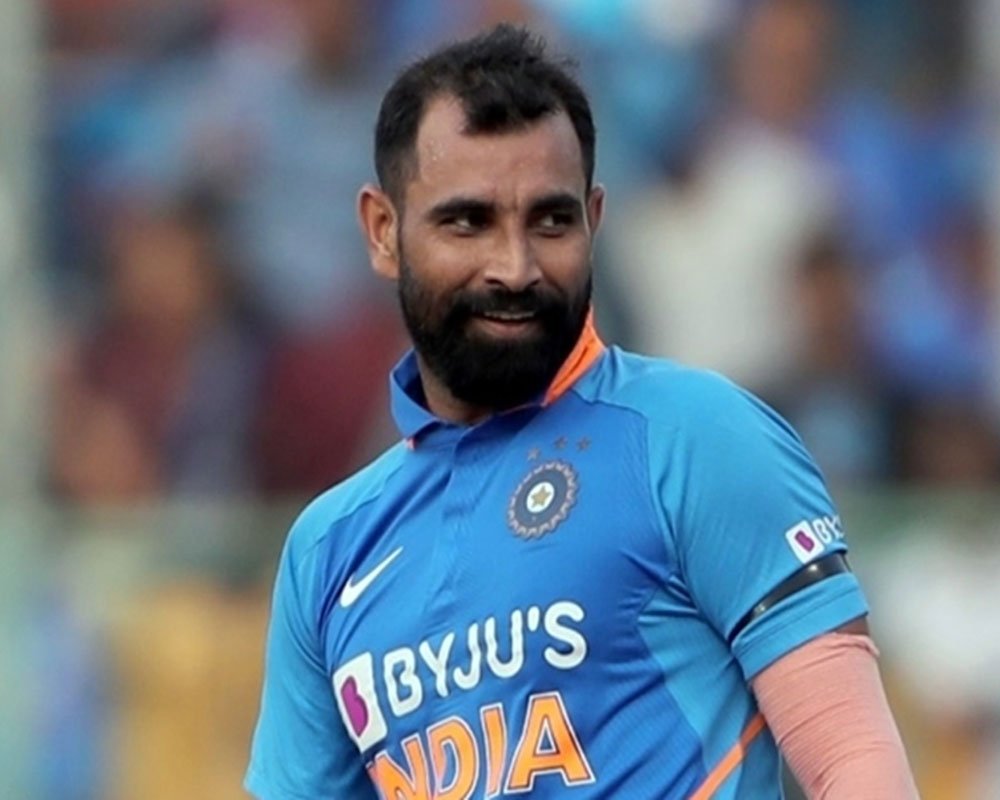 The Virat Kohli-led Indian team suffered a crushing 10-wicket defeat against Pakistan in their opening match of the T20 World Cup in Dubai. Except for the skipper, everyone had an off day as Pakistan dominated the match from the word go to record their first-ever World Cup triumph against their arch-rivals. But just one man was singled out for the team’s below-par performance — Mohammad Shami. The fast bowler’s fault? He was the only Muslim in the team! A skilful swing bowler who has been serving India well for the last five years, Shami was branded a ‘traitor’ after conceding 43 runs in 3.5 overs.

The 31-year-old Shami was harshly trolled on social media, his accounts being flooded with unsavoury comments. Many demanded that he should be excluded from the Indian team immediately.

The team stood by Shami, with skipper Kohli blasting the haters for their hurtful and below-the-belt comments. “To me, attacking someone over their religion is the most pathetic thing that a human being can do… They have no understanding of the fact that someone like Shami has won India a number of matches in the last few years and he has been our primary bowler with Jasprit Bumrah,” Kohli said.

In an unbelievable turn of events, the country was shocked to learn that Delhi Police had launched a manhunt for India’s most decorated wrestler Sushil Kumar, who was wanted in the murder of 23-year-old Greco-Roman wrestler Sagar Dhankar. Sushil and a few others were allegedly involved in a brawl outside Chhatrasal Stadium in Delhi, which led to Dhankar being grievously injured. Dhankar was shifted to a hospital but ultimately succumbed to injuries.

Sushil was absconding thereafter. A look-out notice was issued against him and Sushil was eventually arrested on May 23 and put behind bars in Tihar Jail. According to police, Sushil is the main culprit and mastermind behind the murder of Dhankar, who was once close to his ‘mentor’. Electronic evidence has been found of Sushil and his associates assaulting Dhankar with hockey sticks, baseball bats and blunt weapons over an alleged property dispute.

The first Indian to win two individual Olympic medals (a silver and bronze) still languishes in Tihar Jail, having been denied bail.

Pandemic times call for special measures in every walk of life, including sport. But Team India’s reluctance to take the field, which led to the cancellation of the fifth and final Test match against Joe Root’s England at Manchester on the morning of the match, didn’t go down well with the hosts. A day before the Test, the team’s second physio Yogesh Parmar tested COVID positive at a time when senior physio Nitin Patel, along with coaches Bharat Arun and R Sridhar, were already in isolation after head coach Ravi Shastri had contracted the coronavirus.

Despite all Indian players testing negative, Virat Kohli’s troops were scared as some of them had come in contact with Parmar. The English board, after prolonged deliberations with BCCI, decided to cancel the match somewhat grudgingly. English cricket pundits wasted no time in claiming that the actual reason for the Indian team’s decision was the IPL, which was set to resume a fortnight later in the UAE. The likes of former captain Michael Vaughan were of the view that by not playing the Test match, Indian players would be able to travel early to UAE and be ready after mandatory quarantine. With India leading 2-1 in the series, the match has been rescheduled to July 2022.