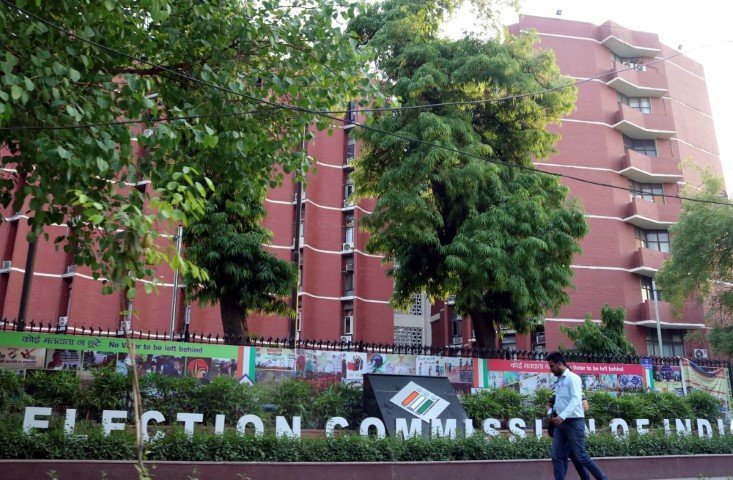 New Delhi: Sixty-six retired bureaucrats have written to President Ram Nath Kovind ahead of the elections, raising concerns over the credibility and integrity of the Election Commission.

The former bureaucrats titled the letter as “weak-kneed response of the Election Commission of India (ECI) to violations of the Model Code of Conduct”.

They alleged that the commission’s “independence, fairness, impartiality and efficiency are perceived to be compromised today”, thereby endangering the integrity of the electoral process, which is the very foundation of Indian democracy.

“Any erosion in the people’s confidence in the fairness of the ECI has very grave consequences for the future of our democracy and we hope that the gravity of the situation will be appreciated by the ECI,” the former bureaucrats wrote.

“We are distressed to note the misuse, abuse and blatant disregard of the Model Code of Conduct by the ruling party at the Centre,” they said.

The letter, a copy of which was marked to the Chief Election Commissioner, lists “glaring instances” wherein the ECI is believed to have acted in a partisan manner.

“Parading the achievements of a government in this manner after the announcement of elections is tantamount to a serious breach of propriety and amounts to giving unfair publicity to the party presently in government and that the ECI’s decision does not stand up to the standards of impartiality expected of it,” the letter said.

The Election Commission had earlier rejected claims that the PM’s announcement was a violation of the MCC.

In the 5-page letter, the former bureaucrats also raised the issue of Prime Minister Narendra Modi’s biopic. They asked why the EC has not objected to the release of the biopic, slated to hit screens on April 11, the date of polling for the first phase of the Lok Sabha polls.

“This represents a backdoor effort to garner free publicity for a political person (and his party). In the event that this biopic is released even while the election process is ongoing, we contend that the entire expenses on the production, distribution and publicity of the biopic should be debited to the election expenses of Shri Narendra Modi,” the former bureaucrats wrote.

ModiJi ki sena: Nip such cavalier in the bud

Taking strong note of political speeches, the former bureaucrats said Yogi Adityanath’s “Modi ki sena” remark was irresponsible. ‘Strongest action is required from the ECI to nip such cavalier statements in the bud,” they said.

The April-8 letter, appealed to the Election Commission, through the President, “to conduct itself in a manner where its independence, fairness, impartiality and efficiency are not questioned.”