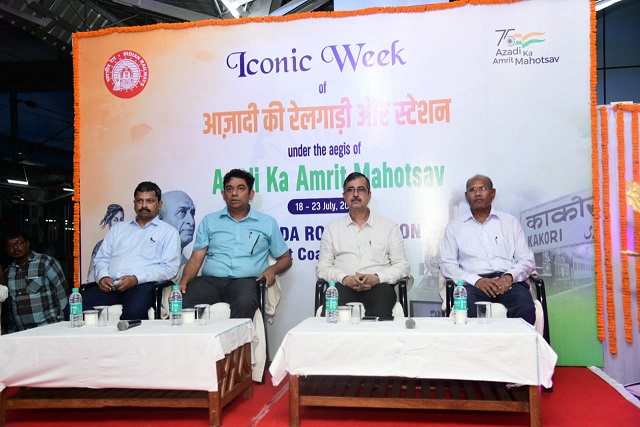 Srivastav also inaugurated an exhibition showcasing the history of the Khurda area and Paika activities, freedom struggle, etc. To mark this occasion, a nukkad natak was performed by the volunteers of Bharat Scouts and Guides of Khurda Road Railway Division.

‘Iconic Week of Azadi Ki Rail Gadi aur Station’ is a part of the nationwide celebrations being held by all the Railway Zones & Divisions. Accordingly, Ministry of Railways has identified 75 railway stations associated with India’s freedom struggle for the event.

On the concluding day, the family members of freedom fighters will be invited to share their story.

National Convention For Women With Disabilities Held At Odisha Capital