Ecotourism camp at Mangalajodi welcomes its first batch of tourists 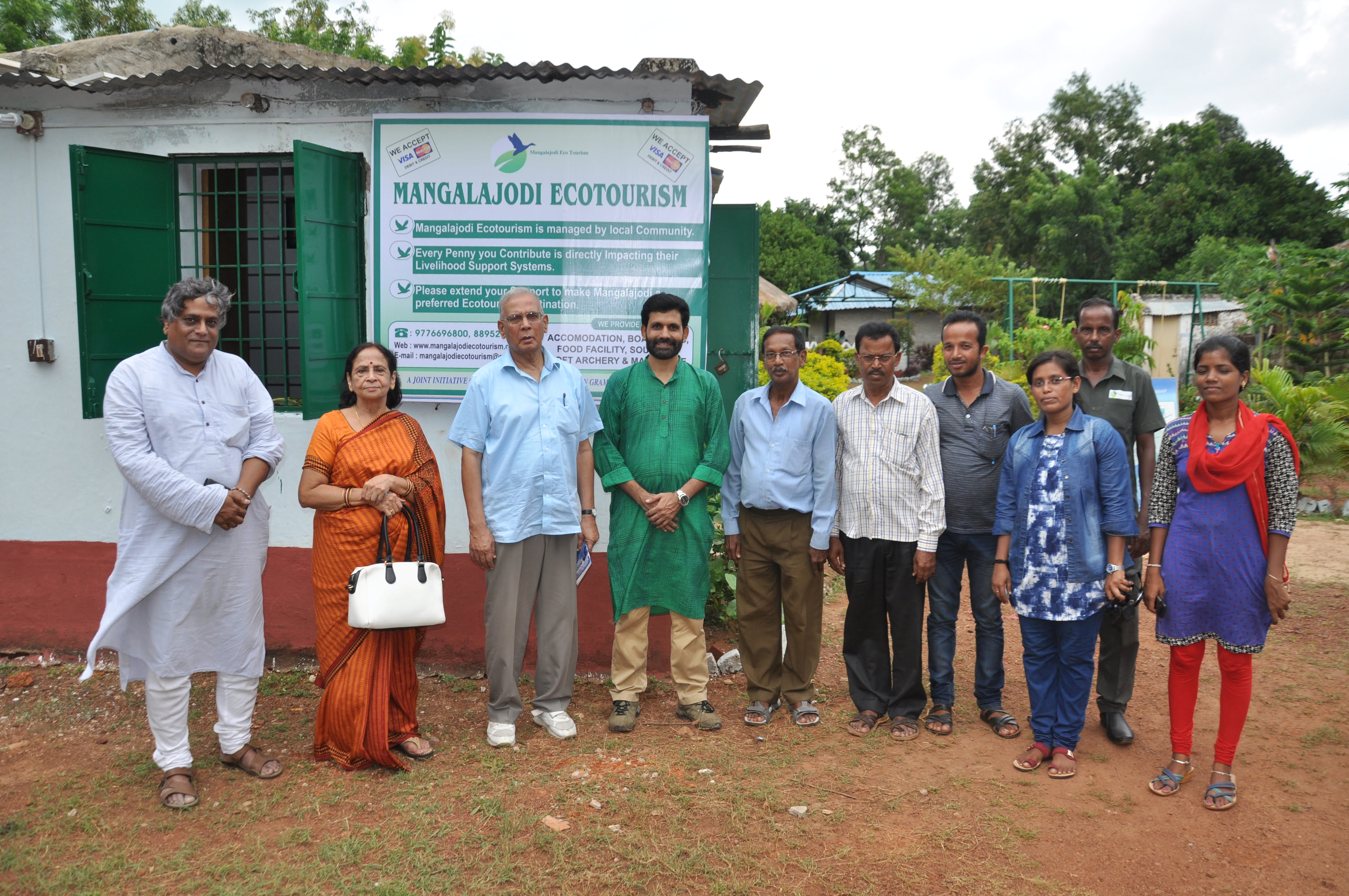 Mangalajodi: The Mangalajodi Ecotourism Project camp was opened on Wednesday to mark the International Tourism Day. Amiya Bhusan Tripathy, former Director General of Police and State convener of the Indian National Trust for Art and Cultural Heritage (INTACH), inaugurated it.

Over the last seven years, Mangalajodi has carved a place in world tourism map because of unique conservation method adopted by the villagers which has resulted in the highest congregation of migratory birds in Chilika Lake.

Speaking on the occasion, Tripathy said tourism, particularly ecotourism, has great potential in boosting the local economy and creating jobs. The delicate ecosystem of Chilika Lake, a world Ramsar Site, can be developed into a major tourist destination for both the domestic and foreign tourists. He said Odisha has a rich heritage, both tangible and intangible, which can draw huge number of tourists if proper facilities are created. He promised that INTACH would conduct awareness and sensitizing programmes for the local stakeholders and agencies working in the area.

Anil Dhir said Mangalajodi experiment should be a role model for other community-based conservation programmes. “The manner in which they have motivated and engaged the local poachers to give up the killing of birds and transformed them into guardians is a commendable job. The Project has inculcated a sense of professionalism in the stakeholders, and created a lot of awareness in the management of the environment and protection of the migratory birds. The setting up and running of the ecotourism camp is a success story that converted Mangalajodi into a prime spot for birders and bird photographers,” he added.

Sanjiv Sarangi of the Indian Grameen Services said the villagers have worked hard to transform the poachers’ village into a world class tourist place. “The project is a good example of community leadership and team building. The transformation of this sleepy lakeside village into a tourist spot, which has become the choice destination of bird and nature lovers from all over the world, speaks of the success. The manner in which the villagers have adopted ecofriendly living conditions in their camp, and the plastic-free environment and all-round hygiene, are an example of community involvement,” he said.

Sarangi lauded the efforts of the stakeholders and said there had been consistent and considerable growth in the visitors every year.

The opening was attended by many of the locals. The first guests were welcomed to the camp. Incidentally, the migratory birds have already started arriving at the lake.