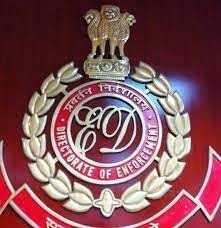 Bhubaneswar: The Enforcement Directorate (ED) has carried out raids on the premises of businessman Pawan Kumar Jajodia, who is based in Odisha’s Cuttack, in connection with a Prevention of Money Laundering Act (PMLA) case.

Jajodia was arrested and sent to ED custody following the raids, according to reports.

The searches were carried out on January 17 on his residential premises, business premises and godown at three places in Cuttack, according to the ANI.

“During the searches at three locations, various incriminating documents were seized. Documents related to landed properties and buildings worth Rs 23 crore have been seized,” the ED said in a statement.

Earlier, the State Vigilance Cell and Economic Offences Wing (EOW) of Odisha had filed an FIR against Jajodia under IPC sections 420 and 120B, charging Jajodia with causing losses to the exchequer to the tune of Rs 21.86 crore by using fake bills, companies with non-existent addresses and fake and untraceable IDs.

The Central Bureau of Investigation (CBI) has also filed an FIR against Jajodia and seven others on a complaint by Bank of Baroda for causing losses of Rs 21 crore to the exchequer from 2011 to 2017.