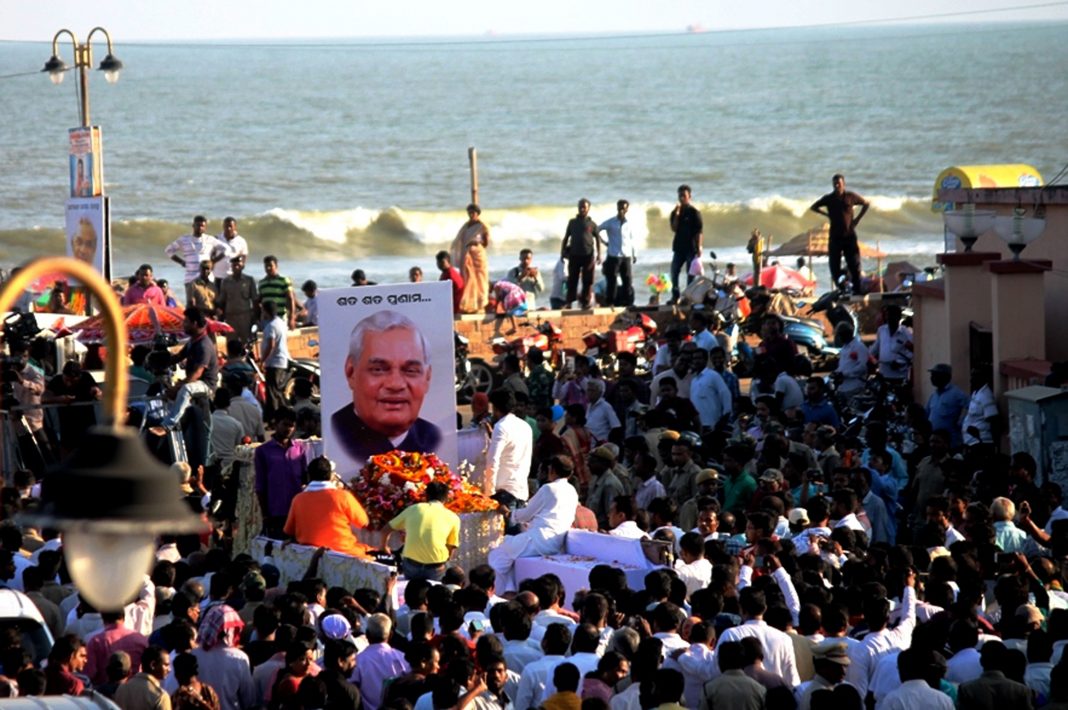 Puri: The BJP on Thursday lodged a complaint against a BJD worker for hurling eggs during the procession of the ashes of former Prime Minister Atal Bihari Vajpayee.

The incident took place at around 2.45 pm near Chandanpur police station when a BJD worker allegedly hurled eggs at the procession. Soon after the incident, he was caught and heckled by the BJP workers.

“Even on this day, the agents and the supporters of the BJD did not hesitate to show their true character. We have the information that a BJD worker hurled eggs at the procession near Chandanpur. The Chandanpur police are also aware of this incident. We have informed the police and lodged an FIR. We are hopeful that the party leadership will at least advise these anti-social elements to refrain from such nasty and shameful acts,” BJP state general secretary Bhrugu Buxipatra told mediapersons here.

BJP State Mahila Morcha president Pravati Parida, who lodged a complaint with the Chandanpur police, said that Dipuna, a youth who is a BJD worker, hurled eggs at the procession.

There was no reaction of the BJD following the incident till reports last came in.

Protesting Lawyers Clash With Cops In Front Of Dhenkanal Collectorate