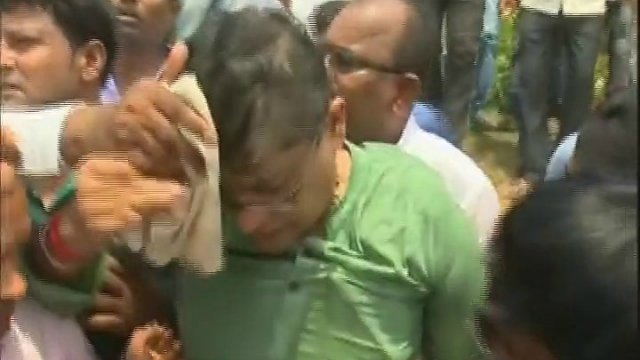 The incident happened when Panda was on his way to inaugurate a drinking water project in the area. “Forget stones & eggs, they can’t cow me down even if they use bullets,” Panda later tweeted.

“That egg pelting was nothing. The programme was successful. I have inaugurated the overhead tank and will set up 52 more such water tanks at Mahanga in the near future for the welfare of the people of the locality. The local leaders and workers were invited to the inaugural ceremony of the project. The plaque had the names of some of the local representatives, but I could not understand the reason behind the attack,” Panda said.

BJD spokesperson Pratap Deb said: “The incident is an outcome of lack of communication and misunderstanding. The party president will examine the matter.” BJD vice-president and minister Surya Patro dubbed the incident as a ‘local problem’. “It will be sorted out locally. The party’s district president, local MP and local MLA will resolve the matter.”

Senior BJP leader and Union oil minister Dharmendra Pradhan came down on the ruling BJD over the attack on Panda. “There is no democracy in the state,” he remarked. Senior Congress leader Suresh Routray said such incidents would turn explosive in the days to come as the ruling dispensation were functioning in an arbitrary manner.