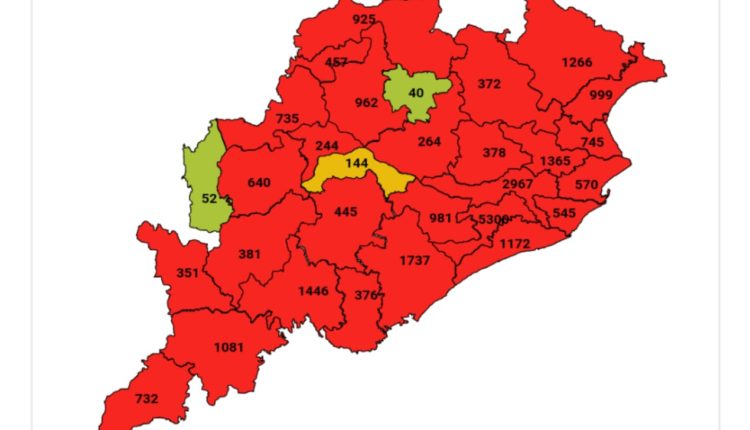 Bhubaneswar: Odisha has witnessed a surge in COVID-19 cases with testing being ramped up to over 50000 since August 15. A record 68,090 samples were tested for COVID-19 in the last 24 hours, which saw another 3384 people testing positive for the virus.

The highest spike of 3371 was reported on Wednesday.

Amid the rising cases, eight districts now have over 1000 patients under treatment.

While Balasore is one short of 1000, Sambalpur and Sundargarh have 962 and 925 active cases respectively.

With total positive cases in Ganjam is 17,113 with 177 more testing positive for the virus in the last 24 hours, Khurda’s affected tally has mounted to 13,925 with addition of 587 new infections. Cuttack reported another 492 new cases, which took the total to 7,017.

Ganjam district has been reporting significantly less number of COVID-19 positive cases daily. On certain days, the number of recoveries in the district has also surpassed the new cases.

Here are details of cases and recoveries since August 20. 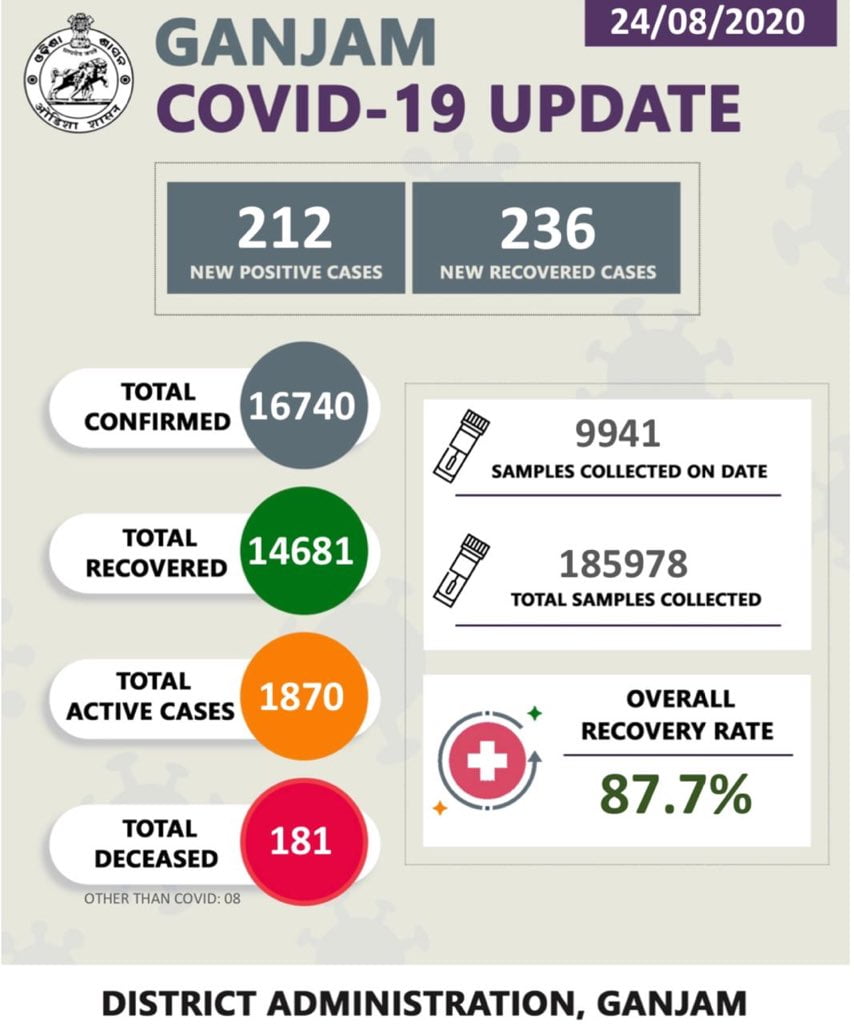 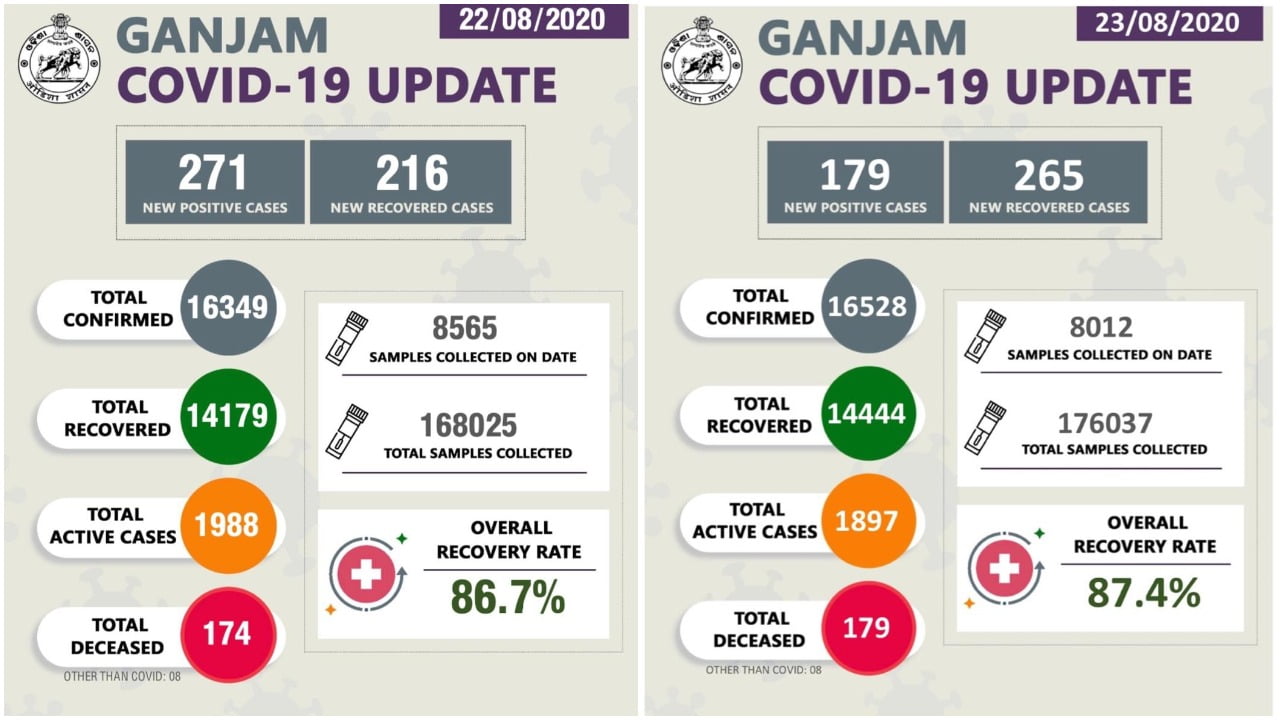 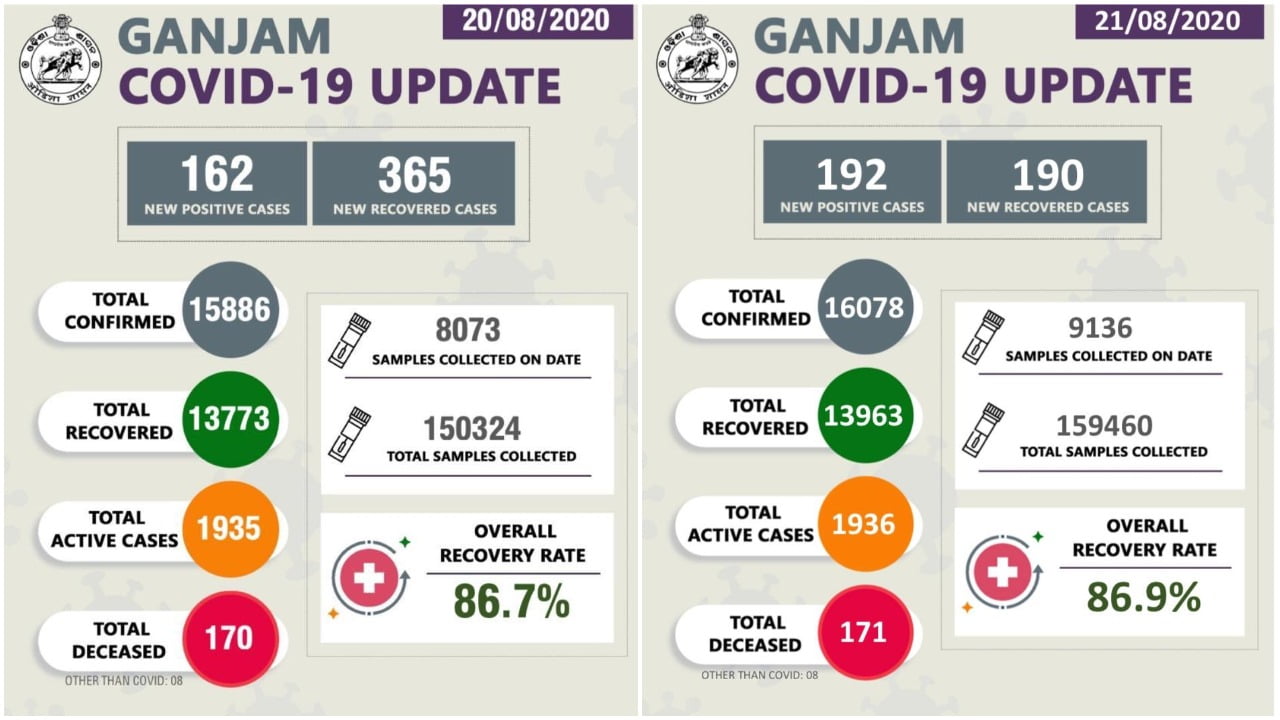 The district crossed two lakh-mark in COVID-19 testing on Thursday.

In a video message on August 6, Ganjam Collector Vijay Amruta Kulange had mentioned about declining COVID-19 cases amid rising tests in the last 10 days.

He had attributed it to the door-to-door survey for identifying persons with symptoms and subsequent testing and treatment.

The administration had also conducted health screening of the recovered patients from August 20 to 26. 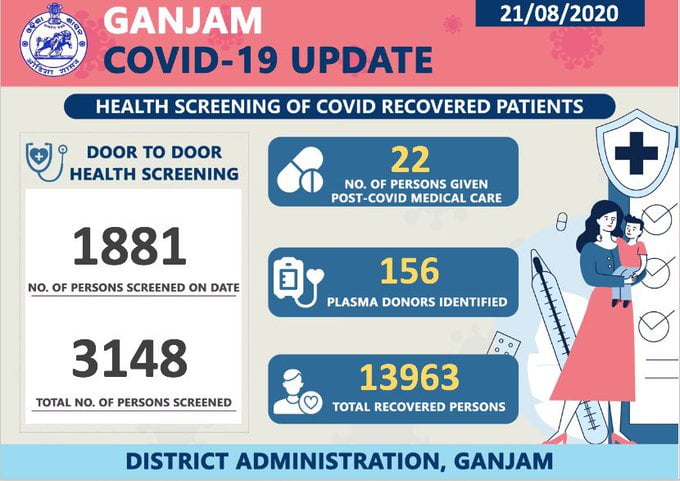 Here is the status of ongoing plasma therapy in the district. 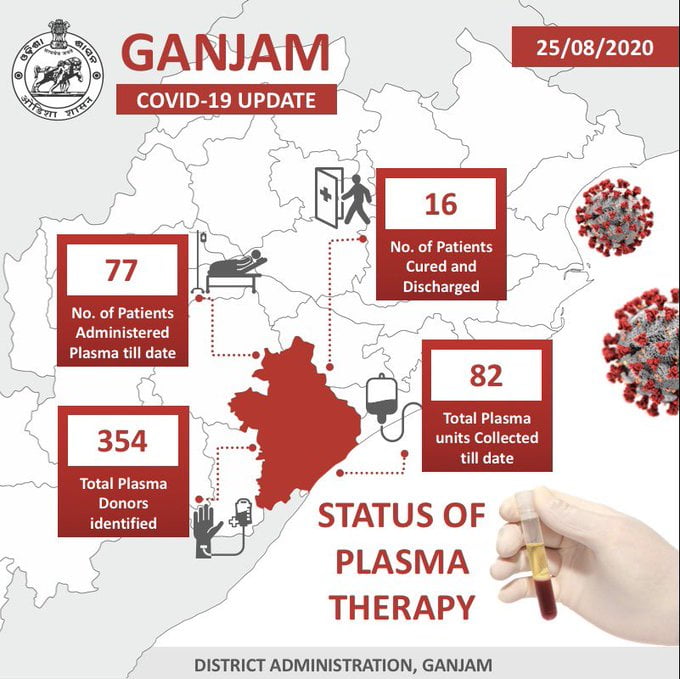