Electric Cars Are Coming, But Not So Soon 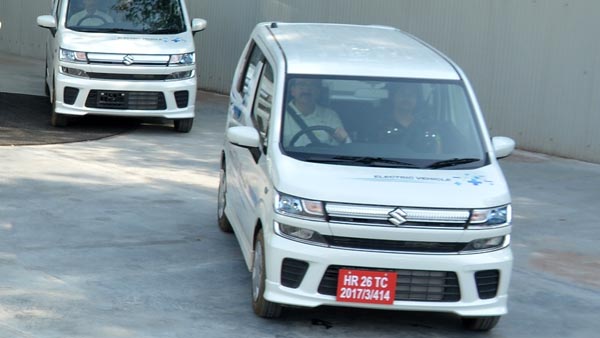 One of the reasons for the slowdown in automobile sales is touted to be the expected launch of electric cars here. While Finance Minister Nirmala Sitharaman clarified that petrol and diesel cars are here to stay, Union Minister Nitin Gadkari had mentioned that 2030 was not a deadline for complete electrification of vehicles in India.

This being said, the industry too isn’t ready with electric cars. The major reason is cost. Maruti Suzuki will be launching its first electric car in FY 2021. The cost of an electric vehicle (EV) will be double that of an internal combustion engined (ICE) vehicle, Maruti’s senior executive director C V Raman told Autocar India.

The Wagon R, which is estimated to cost around Rs 12 lakh in its electric avatar, is being planned to position for commercial users mainly.

EV adoption will increase when vehicles are affordable and charging infrastructure is widely available, Raman further said. Many components are still being imported for EVs, and localisation will be the key to bring the cost down, he added.

Similarly, Tata’s Tigor EV, which is priced at Rs 9.9 lakh, is being sold only to commercial operators. It isn’t finding many takers owing to its low 100 km real-world range.

The challenge, hence, is to have an affordable electric car with longer range. The Hyundai Kona is the only long-range electric car available in ten cities of India. It can go more than 300 km on a single charge. The cost – Rs 23 lakh!

Maruti is, however, betting on hybrids as the bridge between electric and ICE vehicles. It’s tie-up with Toyota is expected to help Maruti to develop such cars for India.

Raman explained how from single battery to a twin-battery with lithium batteries had helped improved the efficiency of Maruti’s D13 diesel and K15B petrol engines.

However, the Indian government is not very keen on hybrids, which attract the same taxes as conventional ICE vehicles. Union Minister Nitin Gadkari, however, had recently said that the government may consider lowering taxes on hybrids as well.

Other manufacturers such as Tata and Mahindra wish to go directly to EVs as the government had previously expressed to.

Centre To Offer 1000 Fellowships To ASEAN Students At IITs