Did You Know Some Electric Scooters Don’t Require DL & Registration? 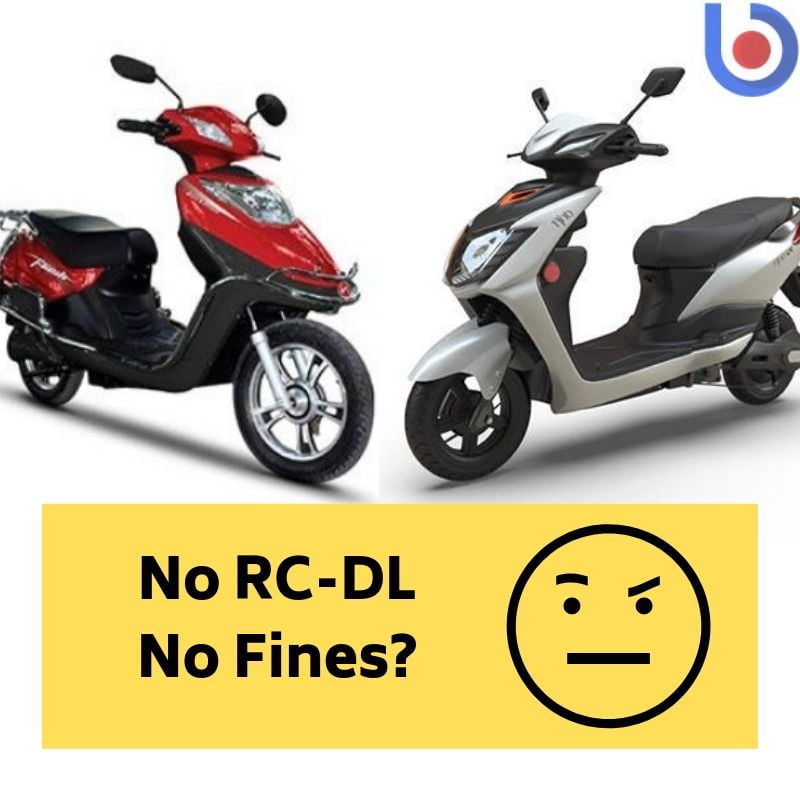 Is the new Motor Vehicles Act bothering you? If yes, electric scooters may be a good option for you.

Yes, it is true that some (not all) electric scooters do not require a driving licence or registration to operate. However, this is limited to the slower ones, with a speed up to 25 kmph.

Yes, low-speed electric scooters with 250W motors are exempt from registration as well. They also require no driving licence and that means teenagers and older people too can ride them.

Electric vehicles are non-polluting and have no exhaust pipe, hence no pollution tests at all.

Not mandatory but experts recommend wearing one for safety.

Hero Electric is the biggest player in the electric two-wheeler market. It has low-speed models that don’t require registration and DL such as Flash which costs around Rs 25,000 to the recently launched Dash that costs Rs 62,000. Other options are Indus Yo Electron ER, Yo Style, Yo Xplor, Lohia Fame, Lohia Genius, Avon E Lite, Avon E Scoot 207 and many others.

However, bigger and faster electric scooters such as the Ather s450, Hero Optima series and the recently launch Revolt RV 300 and 400 all require registration, licence and insurance. But no pollution under control certificates whatsoever.

Maintain Your Vehicle Or Pay This Fine Under Amended MVA