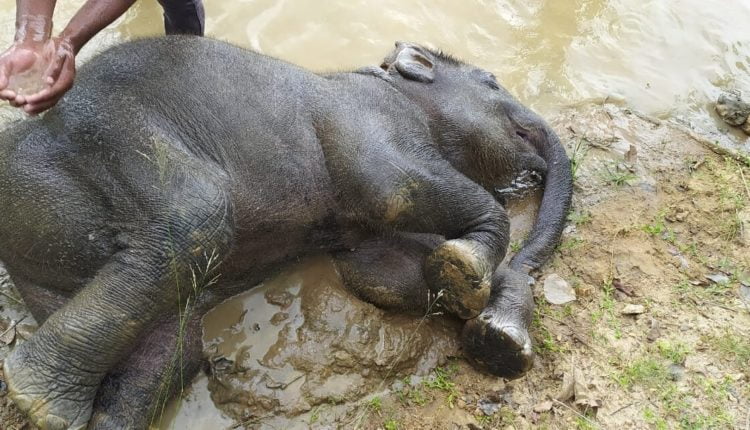 Baripada: An elephant calf was found dead inside a forest in Kaptipada area of Odisha’s Mayurbhanj district on Monday.

Residents of nearby villages spotted the carcass of the baby elephant inside Nota forest located under Kaptipada forest range and informed forest department officials, who rushed to the spot.

The carcass was recovered and sent for postmortem to ascertain the cause of death, sources said, adding that the age of the calf was not yet known.

Almost half of the carcass was found buried in the mud. While the exact reason behind the death is yet to be ascertained, forest officials suspect that the calf might have died during a fight between two groups.

The exact reason for the death would be known only after getting the postmortem report, they added.