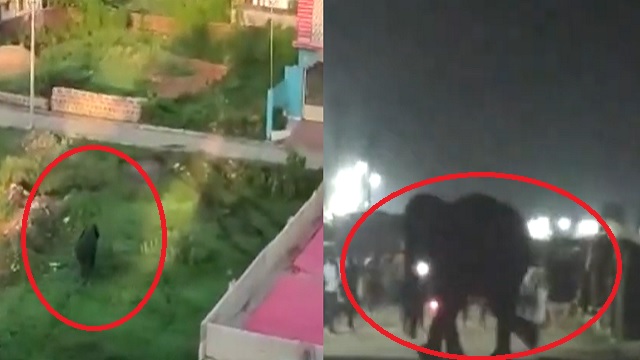 Cuttack: Two persons were trampled to death by an elephant at Nimapur in Jagatpur area of Odisha’s Cuttack district in the early hours of Wednesday.

The duo was rushed to SCB Medical College and Hospital here but they succumbed to the injuries. Three others, who sustained critical injuries in the elephant attack, are undergoing treatment at the hospital.

According to sources, the elephant strayed into Jagatpur area from Athagarh Forest Division last night and has since been on a rampage, damaging vehicles and houses. Locals have been advised to remain indoors to avoid any untoward incident. People have also been asked to avoid the route between Jagatpur Golei Chhak and National Highway.

Since it is a residential area, the forest department and police have decided to tranquilise the jumbo to avoid any untoward incident, the sources said.

While an elephant calf has been captured at Panda Sahi in Jagatpur, the problem will continue till the other elephant is brought under control, the sources added.

On the other hand, a carcass of an elephant was spotted at gate no-20 of Jobra barrage. It is suspected that the elephant might have got washed away while crossing the Mahanadi and got stuck at the gate, leading to its death.