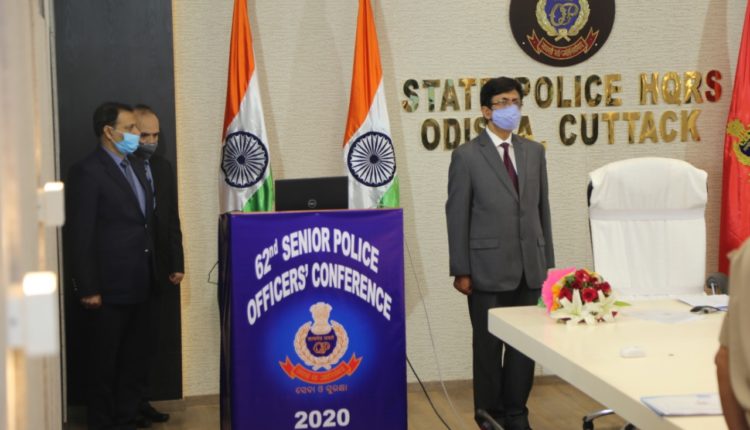 Cuttack: There has been a significant decline in Left-wing extremist violence and resultant deaths in Odisha this year, DGP Abhay said during his inaugural address at the 62nd Senior Police Officers’ Conference on Sunday.

“In 2020, 17 hardcore Maoists were neutralized, 32 arrested while 21 surrendered. We have written to the Centre to keep the five districts of Angul, Boudh, Deogarh, Nayagarh and Sambalpur out of Security Related Expenditure (SRE) scheme,” he said.

The DGP further informed that Odisha Police has increased its presence in the Swabhiman Anchal with new bases set up in several parts of the region. He also lauded the outstanding work done by the SPs of Malkangiri, Kandhamal and Kalahandi districts as well as the DIG SIW and Intelligence in containing Left-wing Extremism in Odisha.

He, however, added that the Left-wing extremism is dynamic in nature and keeps changing, and urged the police forces in the districts to continue with their ongoing operations and be prepared to tackle any situation.

At the same time, Abhay said the overall law and order situation was by and large peaceful and the current crime rate was under control.

The top cop also lauded police personnel in the state for discharging their duties with compassion and empathy despite the unprecedented challenges during the COVID-19 pandemic.

“The Covid-19 had impacted people of all the segments in the state. The Odisha Police personnel handled the situation with compassion and empathy. The police personnel created a new image by devoting themselves to the service of Odisha during the worst situations,” he added.

Abhay informed that 47 police personnel laid down their lives in the line of duty and over 900 personnel donated plasma for treatment COVID patients.

“The Odisha Police has also done a remarkable job in launching a crackdown on the illegal narcotics trade with record seizure of ganja and brown sugar. The drive against extortion is also underway and the efforts have already started showing positive results,” the DGP said.