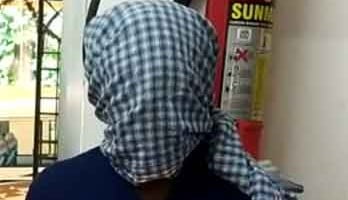 Koraput: Police on Saturday arrested an engineer for allegedly duping a youth of over Rs 7 lakh by posing as Cuttack DCP on social media.

The accused has been identified as Pavitra Mohan Mohanty. He belongs to Damanjodi in Koraput district. Pavitra is an engineer and he is working with a private company in Pune.

According to sources, he had created a fake Facebook ID in the name of  one Debasmita and sent friend request to one Jagdish Padhy of Semiliguda in 2017.

Mohanty then become friend with Jagdish and started chatting with him. He also shared obscene pictures and messages with him. After some days, he closed the Facebook account.

Later, he started blackmailing Jagdish by posing as Cuttack DCP. He shared the chat with Jagdish and threatened to get him arrested.

Jagdish gave into his demand and transferred more than Rs 7 lakh in the last two years.

Mohanty recently demanded Rs 57,000 from him. Instead of paying him more, he mustered courage and lodged a complaint with the police.

Based on the complaint, police started investigation and traced Mohanty through mobile tracker.