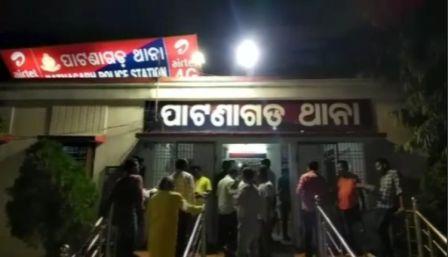 Balangir: Police on Friday rescued Jayakant Sabar, the junior engineer of the Public Works Department (PWD) of Kantabanjhi, who was harassed by Patnagarh MLA Saroj Meher at Belapada in Balangir district on Thursday, from Khariar, according to Patnagarh SDPO, Suresh Nayak.

Talking to the media here, the junior engineer alleged that the executive engineer, PWD, had slapped him in public on the order of the Patnagarh MLA. “The MLA asked me to do the sit-ups. But as I requested him with folded hands not to punish me in this manner, he said if I would not do the sit-ups, the people present at the spot will thrash me. I had to do the sit-ups as I had no other way,” he said in a choked voice.

Sabar, however, said that he was not kidnapped. “After the incident, I had gone to Khariar with some of my friends. While in Khariar, the Patnagarh MLA rang me up and requested me to come back to my house. Later, I returned to my residence at Patnagarh via Belapada in his vehicle,” he added.

As the junior engineer did not return to his house after the incident, his wife had filed a complaint against the MLA at the Patnagarh police station on Thursday afternoon.

In her complaint, she had stated that her husband was called by the MLA to his residence, where he had harassed him and made casteist remarks.