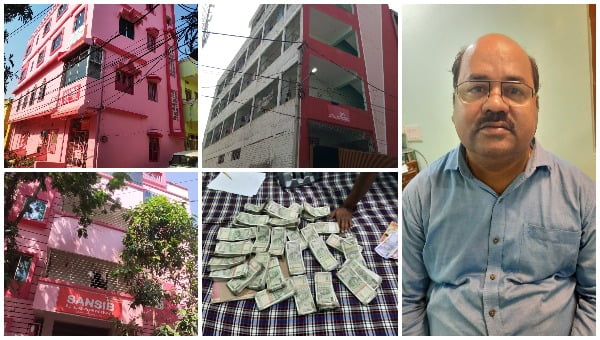 Bhubaneswar: Vigilance sleuths had to break open the entrance doors of two houses of Jagannath Sethy, Executive Engineer, Rural Works (Electrical) Division, Berhampur, during a simultaneous raid in a disproportionate case on Wednesday.

While Sethy had locked himself up at his house in Berhampur, his son obstructed the Vigilance team from conducting searches in Bhubaneswar, an official release said, adding that legal action will be taken against the two for obstruction in lawful discharge of duties.

5. House at his native village Puttabagada, Chhatrapur in Ganjam district.

So far, 16.70 lakh in cash have been recovered and further searches are underway.