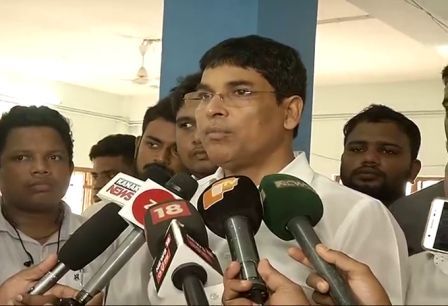 Bhubaneswar: The Odisha government has included ‘Environmental Studies and Disaster Management’ as a compulsory subject in Plus III courses.

Speaking to media persons after attending a meeting with the Odisha State Higher Education Council officials on Friday, Higher Education Minister Arun Sahoo said as announced by chief minister Naveen Patnaik earlier, the Environmental Studies and Disaster Management has been included as mandatory subject from the current academic session.

Stating that a model syllabus has been created as part of the examination reforms, Sahoo said the Plus III students of all streams- Arts, Science and Commerce – will study the new subject for the first semester. It will carry 100 marks in the examination, he added.

It may be noted that the chief minister had announced to make disaster preparedness a part of the curriculum in schools and colleges during a meeting with the ministers in May.