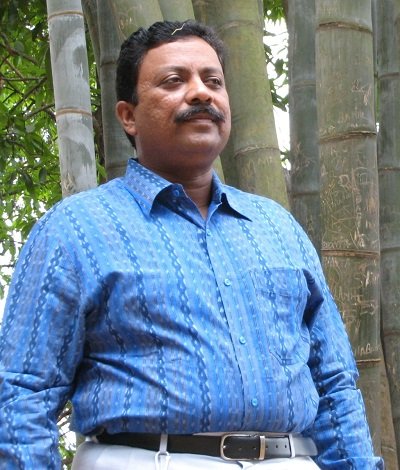 Bhubaneswar: Odisha’s noted environmentalist and activist Biswajit Mohanty has been appointed as the Chairman of the Executive Committee of Greenpeace India, a  global environmental group.

Biswajit, with 25 years of experience as a professional Chartered Accountant, was already a member of the Executive Committee of the organization for 10 years. He holds a Law degree and a PhD in wildlife poaching. An active wildlife onlooker, he has been working towards environment protection since 1994.

“It is for sure a huge responsibility. I am looking forward to some great learning experience,” Biswajit said.

He had co-ordinated ‘Operation Kachhapa’ launched in 1998 to contain rampant death of Olive Ridley sea turtles along Odisha coast and is soon coming up with a small book on the same, he informed.

He has to his credit several awards for wildlife protection, including Sanctuary Asia-ABN Amro Award 2011, Times Leadership Award and Ford Award.

Honorary Secretary of Wildlife Society of Orissa, he was a governing body member of Wildlife Institute of India for 2008-2014, a member of Odisha State Audit Advisory Board and former Director, Orissa Forest Development Corporation Ltd. He also served on the National Board for Wildlife during 2007-2013 and as a board member of Transparency International India during 2010-2013.

He has authored ‘Chasing His Father’s Dreams’ (2017), a research-based book that analyses the performance of Naveen Patnaik, the longest ruling Chief Minister of Odisha since the year 2000 when he took over the reins of the state.