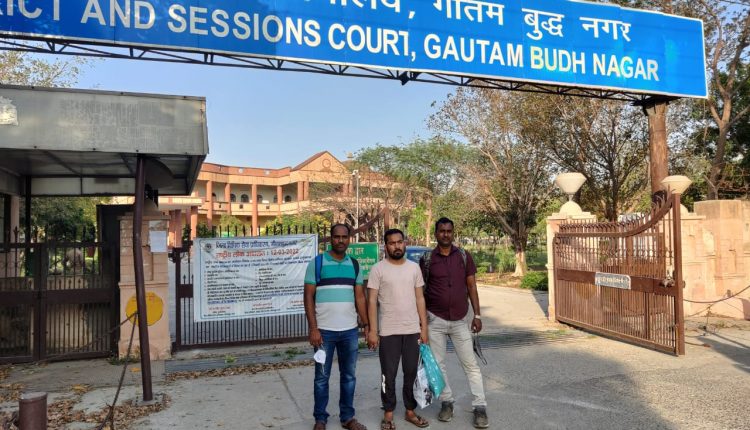 Bhubaneswar: The  Economic Offences Wing (EOW), Bhubaneswar, arrested Himanshu Bhandari from Noida on March 15 on charges of duping a Keonjhar-based businessman of Rs 2.35 core by posing as a senior government official.

He was brought on a transit remand and produced before the JMFC, Barbil, on Saturday (March 19).

According to an EOW release, the accused had contacted one Pramod Kumar Rout of Joda, informing him that the insurance policy which he had bought was selected under Pradhan Mantri Rahat KoshYojona and the government would release Rs 3 crore to his account. The fraudster identified himself as A.K.Walia, Fund Releasing Head, Ministry of Finance.

Rout then received a letter on his Whatsapp issued under the signature of one Suresh Mathur, HOD (Intermediaries) Insurance Regulatory & Development Authority of India (IRDA), wherein it was mentioned “…..the authority request you to pay dues and receive your fund of Rs.1,56,36,500/- (Rupees One Crore Fifty Six Lakhs Thirty six thousand and five hundred) within next 4 hours”.

Along with the above letter, he also received some other communications/photographs.

Rout ignored the letter and kept quiet about it. After some days, he was flooded with calls from different numbers and men, who introduced themselves as officials of the Finance Ministry and the IRDA. They warned Rout of freezing his accounts if he did not pay the dues. They also persuaded him to transfer cash through RTGS and provided several bank Account numbers. Following this, Rout transferred around Rs2.35 crore in instalments between November 19, 2019, and February 2, 2021.

When he did not receive the promised money, Rout realised that he had been taken for a ride and lodged a complaint with the EOW with details of his banking transactions on February 28.

Besides several letters issued by the Ministry of Finance, RBI, Income Tax Department, he received images of two bank demand drafts in his favour amounting to Rs. 1,27,73,000 and Rs. 70,81,800. All these letters/ documents were found to be fake and forged, the EOW said.

The investigation further revealed that the accused is a member of the gang involved in many such cases in various states.

Efforts are on to identify/arrest other members of the gang, it added.

Pakhala Dibasa: Friends Get-Together To Enjoy The Flavours Amid Nature