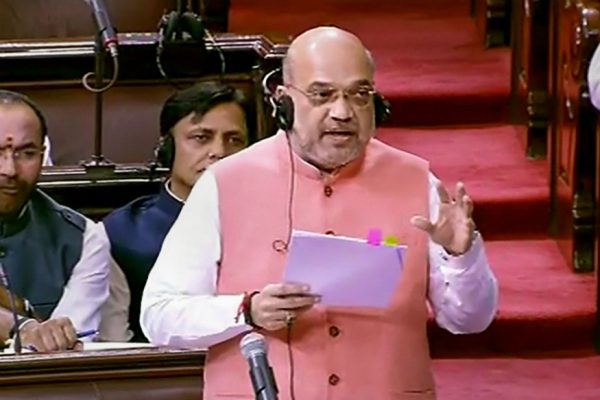 Union Home Minister Amit Shah on Saturday stressed on the importance of Hindi to be the primary language for the entire country. He said that Hindi being a widely-spoken language can keep India united.

“India is a country of different languages and every language has its own importance, but it is very important to have a language which should become the identity of India in the world. If one language can unite the country today, it is the widely-spoken Hindi language,” Amit Shah tweeted on the occasion of Hindi Day.

“Today on Hindi Day, I appeal to all the citizens of the country that we should increase the use of our mother tongue and also use the Hindi language as one language to realise the dreams of Bapu and iron man Sardar Patel. Happy Hindi Day,” he said.

At an event in Delhi, Shah also said that every child in the north-east would be taught Hindi.

Previously in June, a Draft New Educational Policy, 2019 had attempted to make Hindi mandatory in all schools. This had evoked protests from many southern states as well as West Bengal and Maharashtra. BJP’s ally AIADMK had refused to change the two language scheme. The Centre had caved in to the protests and later revised the policy.