Every Third Man Above 40 In India Lacks Sex Drive: Study 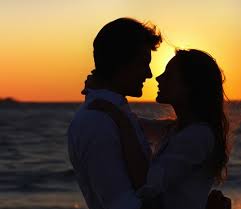 New Delhi: A factor called Testosterone Deficiency Syndrome (TDS) is playing havoc with the sex lives of men over 40 in India.

A study conducted on 745 patients by a team of researchers from Sir Ganga Ram Hospital says every third person above 40 in India suffers from lack of libido because of TDS, reports The Hush Post.

According to a statement, the most commonly reported symptom by these patients was lack of energy followed by poor erection and loss of libido.

“TDS is a real phenomenon with a prevalence of 28.99 per cent in our study population, which means that every third person above the age of 40 years is suffering from testosterone deficiency,” the statement quoted him as saying.

Reasons for low sex drive could be job-related stress. It gets compounded due to consumption of alcohol and excessive smoking. Couples not having enough time to spend with each other also leads to performance-related anxiety.

In most metropolitan cities, men have been known to suffer from a low sex drive.

The Shift From Positivity To Negativity: How Election 2019 Is Different From 2014