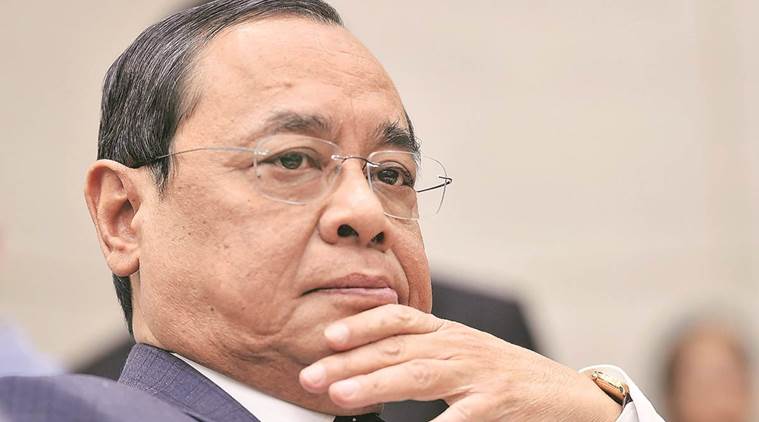 Guwahati: Veteran Congress leader from Assam, Tarun Gogoi has claimed that former Chief Justice of India (CJI) Ranjan Gogoi might be BJP’s chief ministerial candidate in the state in next year’s Assembly polls.

“Former CJI Ranjan Gogoi might be projected as the next Assam CM by the BJP. I have heard this from several sources. If the former CJI could go to Rajya Sabha, then he might also agree to be the next CM candidate of the BJP from Assam as well,” Gogoi, who is also the former CM of Assam, was quoted as saying by the Times Of India.

Gogoi alleged that as BJP was happy with the former CJI’s judgement on Ayodhya Ram Mandir case, his entrance into politics became easier.

However, the Assam BJP unit thrashed the claim as “mere theory”.

According to a report in Hindu, the former CM also announced that he is not going to be the next prospective chief ministerial candidate of the Congress in Assam.

He has been advocating to form a ‘grand alliance’ including Badruddin Ajmal-led All India United Democratic Front (AIUDF) Left and regional parties to uproot BJP from power.

To Behave Like An Uncle Tom; Why An Insult?