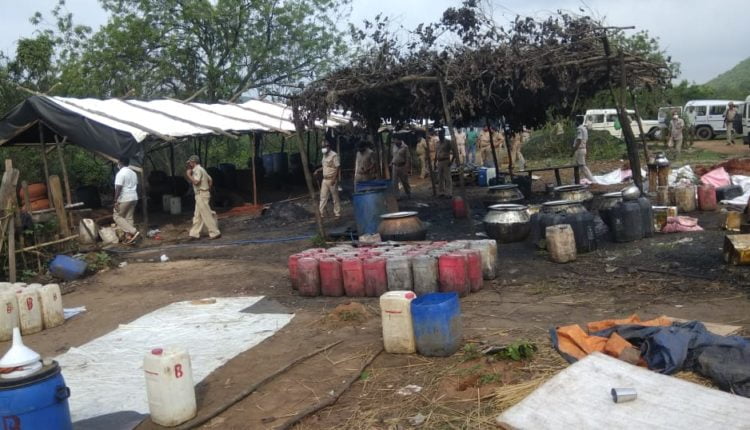 Cuttack: The district excise officials were attacked by liquor mafia during a raid on a country liquor unit at Karadapally under Tigiria police limits of Athagarh on Saturday.

Acting on a tip-off, the Cuttack excise sleuths raided the ID liquor and destroyed huge quantity of fermented wash, ID liquor and seized distilling apparatus besides some arms. Around 14,000 litres of country liquor and gun were also seized.

During this time, the miscreants attacked the raid team with stones and hurled petrol bombs. However, no one was injured.

The raid was conducted in the presence of Executive Magistrate.

The Deputy Superintendent has been asked to lodge FIR against the miscreants in and submit an elaborate report for kind perusal of authorities.

Centre To Stop Allocation Of COVID Drug Remdesivir To States