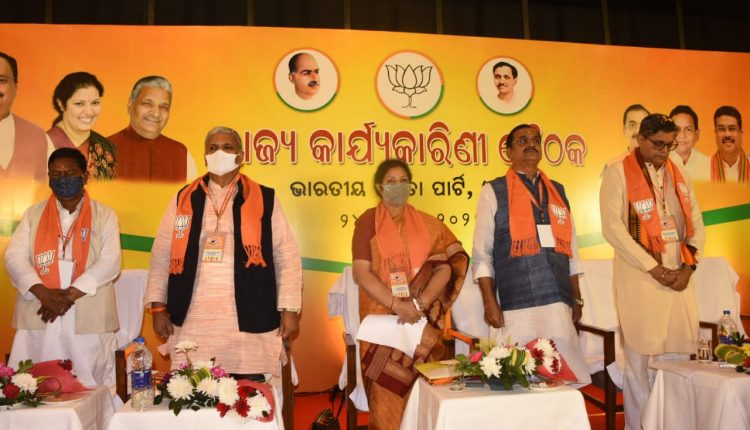 Bhubaneswar: The state BJP on Wednesday put chief minister Naveen Patnaik in the dock for deteriorating law and order, particularly violence against women and children, and his silence on alleged involvement of the ministers in criminal cases.

Speaking at the state executive committee meeting of the BJP here, senior leaders of the party said despite people’s outrage statewide against the ministers, the chief minister has remained silence on the criminal cases like Pari murder, Mahanga double murder, ACF Soumyaranjan Mohapatra death and Mamita Meher murder.

Though ministers Arun Sahoo, Pratap Jena, Bikram Keshari Arukha and Dibyashankar Mishra have been allegedly involved directly or indirectly in the cases, the BJD president has failed to take any action against them, the BJP leaders alleged.

They also said the BJP will continue its agitation till Minister of State for Home Dibyashankar Mishra is removed from his post for his alleged link with prime accused in Mamita Meher murder and the case handed over to CBI.

On the first day of the meeting, the party discussed various issues in the state including law and order, unemployment, corruption, misuse of district mineral fund, missing key of Ratna Bhandar of Jagannath Temple in Puri and irregularities in distribution of smart health cards under BSKY.