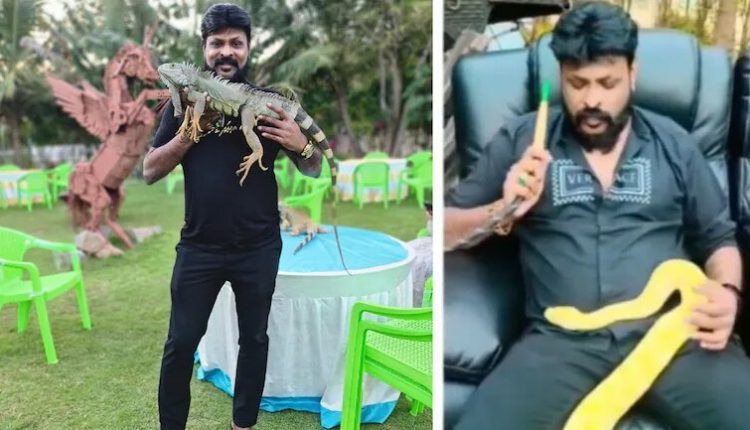 Forest officials found several exotic animals in his farmhouse. Kumar’s page on Instagram is filled with pictures of celebrities and him posing with exotic animals. Chikoti Praveen Kumar came under the ED scan for organising gambling events in Goa and neighbouring countries – Nepal, Bangkok, and Sri Lanka, for high-profile Indians who would pay him in cash, the report added.

According to the ED, Kumar had organized at least seven trips recently – each trip flying out around 200 people on chartered flights for gambling in other countries. It added that Kumar’s clientele also included several politicians and high-profile individuals who used his services.

The ED on Monday summoned Chikoti Praveen Kumar for questioning in connection with a case of forex violation.

According to NDTV, the property of another casino organiser, Madhav Reddy was also raided.

Unusually large sums of money paid to actors for casino endorsement led the Enforcement Directorate to take a look at the ‘business’ and its handlers.

Some of the big-volume financial transactions may have gone via the hawala route, Enforcement Directorate sources have said, the report added.

Telangana | After ED Officials raided Chikoti Praveen’s house, there were raids conducted by Forest officials at his farmhouse in Ranga Reddy district, yesterday.

The officials said that there were dozens of exotic animals in his farmhouse. pic.twitter.com/aI52DWEmtg