Fact Check: Did Badruddin Ajmal Say India Will Be Free Of Hindus? 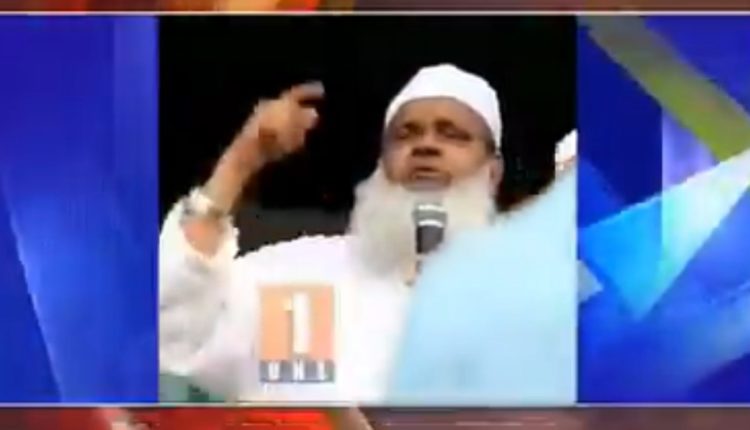 Kolkata: A video of All India United Democratic Front (AIUDF) chief Badruddin Ajmal has gone viral on social media in which he is purportedly saying that his party will turn India into an Islamic nation.

AIUDF is a part of the Congress-led UPA alliance in Assam.

In a 36-second video, he is heard saying in Bengali: “The Mughals ruled this country for 800 years. This country will turn into an Islamic state. Inshallah, UPA and our grand alliance will rule one day and then your party AIUDF, the lock and key symbol, will have a share in it not a single Hindu would have lived in India, would have converted everyone to Muslim”.

If AIUDF alliance comes to power, then there will be no Hindu left in India. Statement made @AIUDFOfficial chief Badaruddin Ajmal. @INCIndia any comments on it or you have the same aim too? pic.twitter.com/h0Rx5tkx5I

However, the viral video clip has been edited. Ajmal said Mughals ruled India for 800 years but never wanted to make it an Islamic nation.

In the uncut version, he says, “You know Mughals ruled India for 800 years but never thought of making this country an Islamic nation. If they would have thought so, in 800 years, not a single Hindu would have lived here; everyone would have converted. Did it happen? British ruled for 200 years and they also never dared to make India a Christian country.”

Ajmal had actually targetted BJP leaders, who have claimed that Congress leaders never aspired to make India a Hindu country.

AIUDF has also said the clip is doctored and has demanded action.