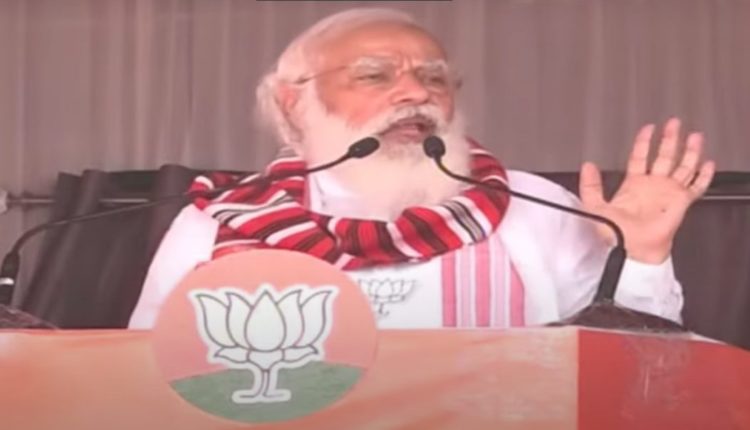 This video was tweeted by Rohan Gupta, a Congress party member, with the caption ‘No comments’. The seven-second video has been retweeted over 1,500 times.

However, it was found that the viral clip is part of a speech that Modi delivered on March 21, 2021. In the original video, he is heard slamming Congress saying, “Show dreams to poor, tell lies, create differences between them and rule. Congress has always used this formula to stay in power.”

The original video of a public meeting in Assam:

Not Possible To Bring Petrol, Diesel Under GST In Next 8-10 Years; Know Why

Another MEMU Train Operation To Resume In Odisha

Fact Check: Does Alcohol Cause Low Birth Rate In Women?

Fact Check: Will Mohenjo-Daro Be Removed From World Heritage List?