Fact Check: Has A 5000-Year-Old Underwater Hindu Temple Been Discovered In Bali? 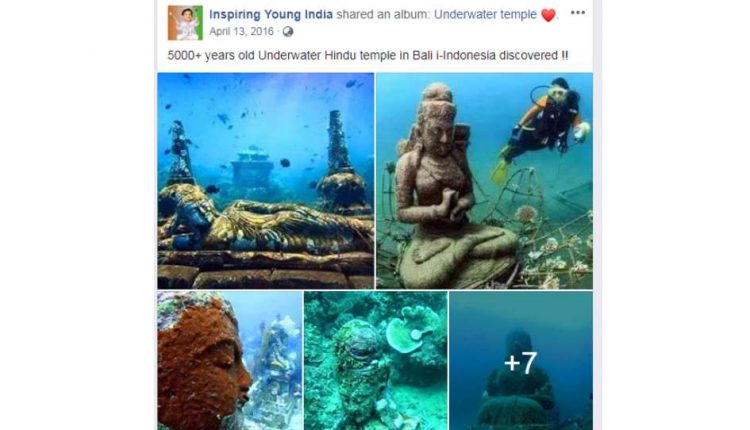 Bhubaneswar: A viral post showing videos and photographs claiming to be that of a 5,000-year-old Hindu temple in Indonesia is doing rounds on social media.

However, the statues and sculptures are part of a project in 2005 to create environmental awareness about coral reefs.

The original video was posted on YouTube in 2012 by Paul M Turley, founder of Sea Rovers Dive Centre in Bali. Even Turley has clarified that these were not excavated as his videos are being circulated.

“The truth is out there if only people would take the time to read it and listen to what is actually being said. Or learn how to Google properly,” Turley wrote in a blog.

Here is the original video: