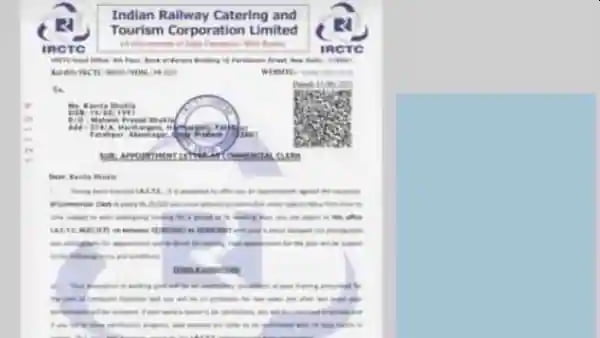 Bhubaneswar: An appointment letter has been circulating on social media which claims Indian Railway Catering & Tourism Corporation Ltd (IRCTC) has selected a candidate named Kavita Shukla for the post of ‘Commercial Clerk’ with a salary of Rs 26,500 plus allowances.

However, Press Information Bureau (PIB) clarified in its official Twitter handle that the letter is fake and that IRCTC doesn’t issue such appointment letters.

“The recruitment process of IRCTC is transparent and notice for inviting applications is always through its official website www.irctc.com and the recruitment notifications are widely advertised in the print media in National/Local newspaper, including Employment News,” PIB clarified on behalf of IRCTC.

An appointment letter allegedly issued in the name of Indian Railway Catering & Tourism Corporation Ltd. is claiming that applicant is being appointed for the post of ‘Commercial Clerk’#PIBFactCheck: This letter is #Fake. @IRCTCofficial has not issued this appointment letter pic.twitter.com/kRM5HnuEcj

Four MEMU Trains To Run From Cuttack From Next Month