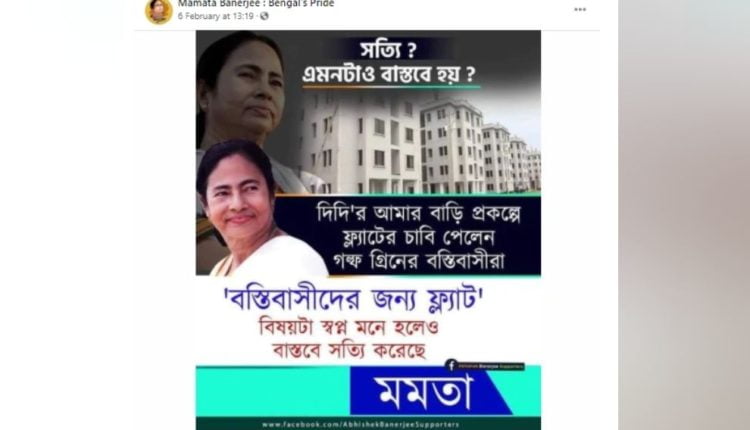 Bhubaneswar: With elections around the corner, political parties in West Bengal are scrambling to highlight their achievements and projects. A photograph of a residential project has gone viral with the claim that buildings have been constructed for slum dwellers under one of Mamata Banerjee’s schemes.

The picture has a caption in Bengali that translates to, “Is it true? Does it happen in reality? Slum dwellers of Golf Green have received keys for flats developed under Didi’s ‘Amar Bari’ (My House) scheme. Flats for slum dwellers might seem to be a dream but it has been made true by Mamata.”

India Today has posted a photograph of the original project undertaken by the Bengal government:

You May Soon Get To Choose COVID Vaccine To Take!

Supreme Court ‘Delinks’ Itself From WhatsApp; Know The Reason