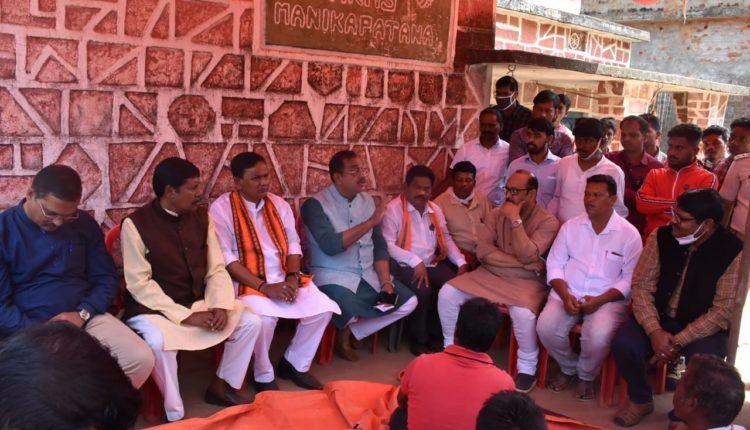 Bhubaneswar: A delegation of Odisha BJP on Friday visited the villages on the state’s border with Andhra Pradesh to dissuade the people from participating in the panchayat elections conducted by the neighbouring state.

On finding some officials of Andhra government interacting with the locals on the panchayat elections, the members of the BJP delegation questioned them and asked to show the joint survey map. The officials neither could answer their questions nor show the map and left the place.

Later, the BJP leaders held a discussion with the villagers regarding their problems. They also enquired from the local officials about the steps taken to mitigate the problems.
Also Read: Kotia Dispute To Be Heard Next Friday, Know SC’s Response To Odisha’s Contempt Of Court Plea Against Andhra
Andhra OfficialsBJPBorder VillageDelegatesodishaPanchayat Polls
0
Share FacebookTwitterGoogle+ReddItWhatsAppPinterestEmail