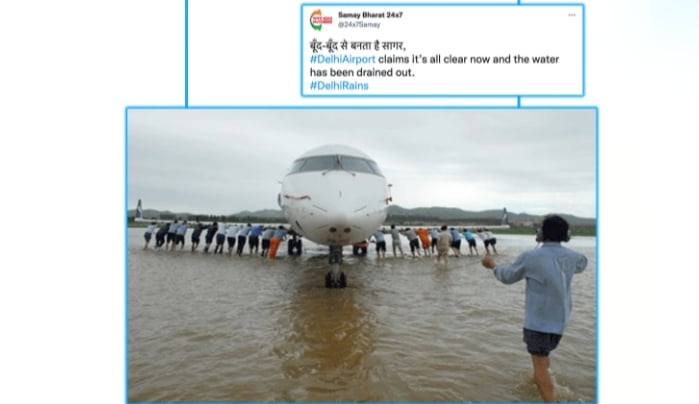 Another photo of people pushing an aircraft on the tarmac has gone viral. The second image claims that passengers were forced to do so due to waterlogging at IGI airport.

However, a reverse image search reveals that this is not a photograph from Delhi airport but one from China’s Yantai Airport in 2007. Airport workers were reportedly pushing a Shandong Bombardier CRJ 200 away from the flooded runway.

Delhi has recorded a total of 1,100 mm of rain this monsoon season. Water did enter the Delhi airport last week, but planes weren’t pushed out.