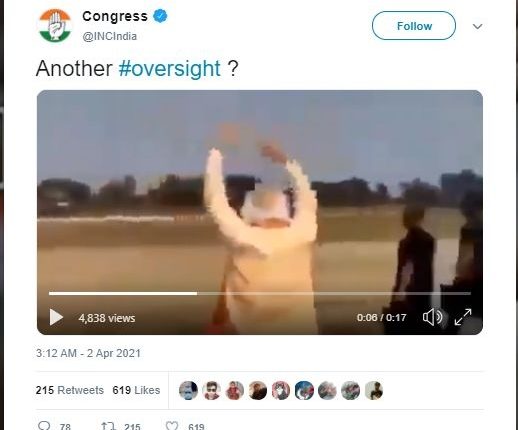 Kolkata: With elections in Assam, Tamil Nadu, West Bengal, Kerala and Puducherry in the works, a video of Prime Minister Narendra Modi waving at an empty field has gone viral on social media.

However, the video is doctored and the original high-resolution one can be seen on BJP’s official Facebook page. The original video shows PM Modi waving a crowd behind the fencing of the field in Jaynagar, West Bengal.

The fake video was also shared by Indian National Congress’ official Twitter account, but was later taken down.