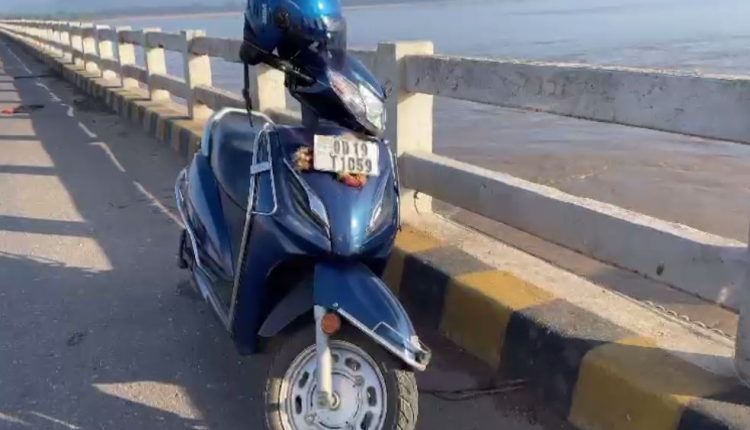 Cuttack: Fire Services personnel ended up conducting a five-hour search operation in the Mahanadi on Tuesday following a false alarm by locals, who suspected that a rider jumped into the river after parking his scooter on Mundali bridge near Odisha’s Cuttack city.

According to sources, some locals spotted an abandoned scooter on the bridge this morning. A helmet and slippers were also found near the vehicle. Since a similar incident was reported a few days back when a youth had jumped into the Mahanadi, they immediately alerted the Fire Services.

It was later revealed that Raghuranjan Mahakud of Angul had faked suicide to scare his wife with whom he had an altercation on Monday. He left for Cuttack around 3 pm on his two-wheeler, parked it on the bridge and left his footwear on it before leaving the place. He then took a lift from a truck and reached Baramunda bus stand in Bhubaneswar, where he spent the night.

On contacting his kin the following morning, he came to know that his vehicle had been seized and went to the police outpost. “He has been detained and his interrogation is on,” said Baranga police station IIC Akash Jena.