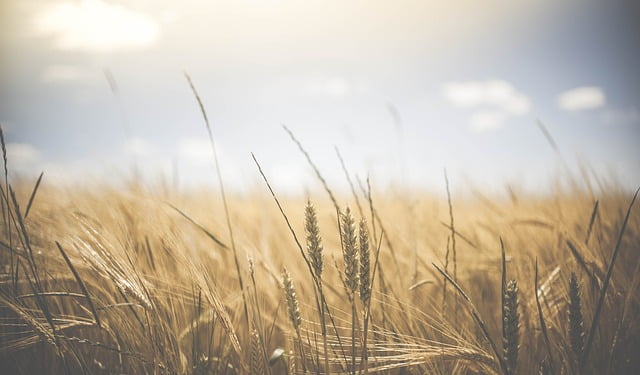 India got independence 70 years back in 1947. Since then, various efforts are being made to improve the socio economic development of the country through different developmental programmes in industrial, agricultural and service sectors. However, considering the resources and opportunities available, the development could have been much more, particularly in the case of farmers in rural India, who constitute 65% of our population. The contrast between the living standards of rural and urban India is growing rapidly with time. This inequality should be a great concern for all of us.

Now-a-days, we frequently come across various heart breaking news regarding poverty stricken people in rural India. In recent years, due to irregularities in monsoon, shortage of water for irrigation, lack of storage facilities, marketing, inadequate sanitation and healthcare, the farmers, particularly the marginal ones and landless labourers are facing a lot of hardship in leading a normal life. Very often, we come across news about farmers committing suicide because of crop failure and heavy financial burdens.

During the last five to six decades, the annual growth of industries and services has been at the rate of 6.1% and 6.2% respectively whereas that in agriculture is only 2.9%. However, at present, India is the largest producer of pulses and milk, second largest producer of wheat, rice, sugarcane, fruits and vegetables in the world. In this way, India is a surplus country in agricultural products. But, most of the benefits go to big farmers and traders who are a few in numbers. Due to this, nearly one – third of the population is living below the poverty level and 25 to 30% people are unemployed.

This is mainly because of improper distribution of land and high percentage of landless people in rural India. Along with this, there is a loss of 25% to 30% of food grains due to inadequate storage facilities and defective distribution systems.

In 2016, the contribution of agricultural sector was only 17.32% to our GDP (Gross Domestic Products) whereas that of industries and services were 29.02% and 53.66% pct. respectively.

Thus, in rural India, the farmers, particularly the marginal ones and landless workers in the agricultural sector are large in numbers and their socio economic condition is very miserable. Therefore, the subsidies provided by the Central Government and State Governments on seeds, fertilizers, power, irrigation, crop insurance etc., only benefit the big farmers  who are small in number. Besides the one hundred days in a year of the Mahatma Gandhi National Rural Employment Guarantee (MGNREGA) scheme for an adult in each rural household, there are practically no other employment opportunities. As a matter of fact, employment opportunities for them could have been enormous by providing services in the areas like irrigation, supply of agricultural implements, production of renewable energy, employment in agro industries, health and sanitation etc. There are a few agro industries in the villages. These industries are facing a lot of obstacles like want of proper infrastructure, skilled workers, updated technology, financial assistance, market, proper incentives etc. If these can be taken care of, a lot of people in a farmer’s family will be able to earn more.

Although the trend is similar in other countries, the number of people engaged in agricultural sector in India is much more than those in other countries. For example, the employment share of agriculture in South Korea is 5%, in Japan 3.5%, and in United States 2%, whereas in India it is as high as 45%. Therefore, it is essential to diversify the livelihood of our farmers, so that more members of their family, particularly the youths and women, can be employed in services and industrial sectors including agro industries.

There is great scope to initiate various programmes in rural India like public health and sanitation, supply of solar, wind and bio-energy, post harvest technology, agro-waste processing, mining of minerals, infrastructural development etc. which can provide employment to most of these people. In this way, a large number of people can get better sources of earning other than farming. In this process, less number of people will be engaged in agriculture and can earn more by applying modern agricultural practices in a cooperative manner.

Therefore, it is essential that there be skill development amongst the younger generation in rural India in various disciplines. Job opportunities in services and industry sectors should be created for them. Thus, a large number of people can be accommodated in these two sectors as employees or through self-employment. In this way, a family in rural area will not only depend on agriculture but also have other additional sources of earning. The practice of giving loans and waiving it every time will not serve the purpose. In Odisha, there is a saying “Dhoke pi Dande Ji” (Take a ship – Live a while). The programme of subsidies and loans will not help the farmers for long. Therefore, well planned programmes for diversification of livelihood of farmers as mentioned, will be helpful to upgrade their living standard. Thus, the farmer’s family can have a respectable living instead of looking for subsidies and loan waiving every now and then.

Investing In Nature Is The Only Way To Save Environment