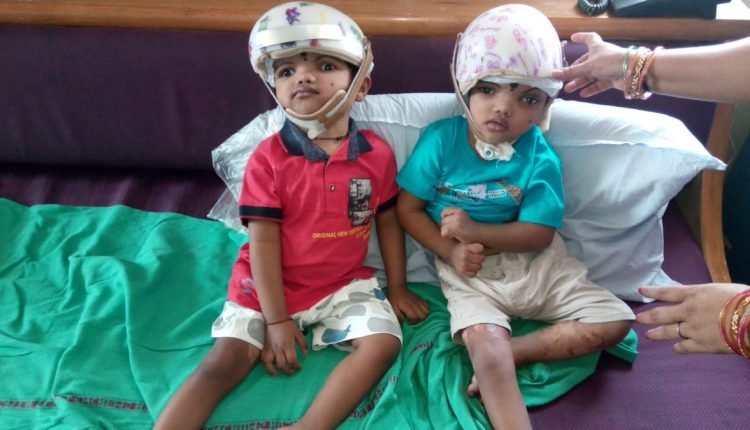 New Delhi: Father of the separated conjoined twins Jaga-Kalia has expressed resentment over inordinate delay in their discharge from AIIMS-New Delhi.

Talking to the media on Tuesday, Bhuyan Kanhar said while he is willing to go back to his native village in Kandhamal district, the Odisha government is not taking any steps for the discharge of his twins from AIIMS.

“My family has been at AIIMS for the last two years. We have not gone to our village even once since then. The plight of my old father and mother and my two other children in the village is miserable. The two children in the village have stopped going to school. Though the AIIMS authorities said that there is no problem in discharging my twins, the state government is not keen to take any step in this regard. Besides, the NGO volunteers, who had remained with them to take care of his twin sons, have also left. Under this circumstances, I request the state government for its urgent intervention in the matter and take my sons to Bhubaneswar so that I will be able to look after my family in the village,” Kanhar said.

Asked about the matter, Health and Family Welfare minister Naba Das said though the authorities of AIIMS-New Delhi are ready to shift the twins to AIIMS-Bhubaneswar, the latter is yet to give permission till date.

The conjoined twins were successfully separated in an 11-hour marathon surgery by a team of 30 specialists from neurosurgery, neuro-anaesthesia and plastic surgery departments on October 25, 2017.

A month after the surgery, on November 26, 2017, Chief Minister Naveen Patnaik had met the separated conjoined twins and prayed for their speedy recovery.