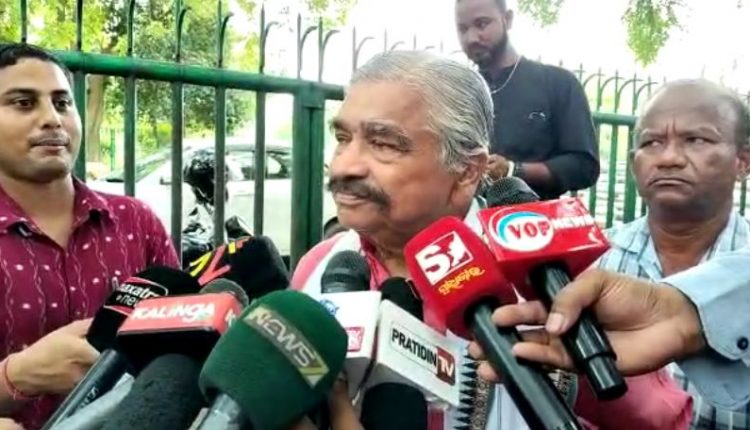 Bhubaneswar: Senior Congress leader and Odisha MLA Suresh Routray on Tuesday alleged that he was denied entry into Kalinga Stadium to watch the inaugural match of FIFA U-17 Women’s World Cup despite having a  pass and blamed the Naveen Patnaik government for the insult meted out to him.

Condemning the incident, the Jatni legislator alleged that security personnel from a foreign country ill-treated and stopped him by holding his arm when he tried to enter the stadium with a pass issued to him by the government.

Hitting out at the state government for the incident, Routray said he felt hurt and insulted as the security personnel not only misbehaved but also shoved him out of the gate.

Stating that the Odisha government had issued a pass as district athletic association president, the senior Congress leader said he maintained his cool and decided against reacting as he did not want to tarnish the image of the state.

The firebrand leader said being a sports aficionado and a footballer, he often visits stadiums to felicitate players of hockey and cricket as well as football. “I was keen to watch the world-class event but had to return because of the unfortunate incident. It was shameful,” he said

“I was hurt and felt insulted. I could have easily given a strong reply to the security guard if it was not my state. But I stopped myself from creating a scene during the major international event,” he said.

Blaming the Chief Minister for the episode, the Congress leader said there was utter mismanagement and sought to know why the pass was issued to him if it was not valid. The beautiful stadium was built in Bhubaneswar earlier and Naveen only got it remodelled, he claimed.